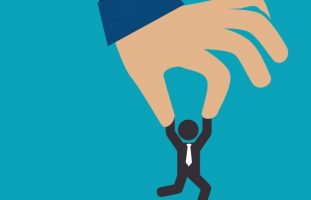 September 7, 2016 – Pay raises for U.S. employees are expected to hold steady at three percent in 2017, according to a survey released by Willis Towers Watson. The survey also found that employers will continue to reward their best performers with significantly larger pay raises as they look for ways to retain their top talent and strengthen existing pay-for-performance cultures.

The Willis Towers Watson ‘Data Services Salary Budget Survey’ was conducted between April and July, and includes responses from 967 companies representing a cross section of industries.

The survey found virtually all respondents (98 percent) plan to give employees raises next year, with salaries for exempt non-management employees to increase three percent. That’s the same increase they received in each of the past three years.

Employers are also planning three percent average salary increases for management and nonexempt employees. Executives can expect slightly larger raises at 3.1 percent in 2017, although those are smaller than the average increase executives received this year and in 2015.

In fact, according to the survey, some employers are challenging the use of the annual cycle, while others are changing the criteria for determining the amount of individual increases. This falls in line with other studies that have shown a younger, modern day work force more interested in instant daily feedback as opposed to annual, once-yearly performance and salary reviews.

The survey also found that annual performance bonuses, which are generally tied to company and employee performance goals, are projected to hold steady or decline slightly in 2017 for most employee groups. Exempt employees are projected to receive bonuses that average 11.6 percent of salary, roughly the same amount companies budgeted for this year.

A Relentless Focus on Retention As Talent Raids Continue

“Incentives tied to individual and company performance continue to play a greater role in an employee’s total rewards package,” said Sandra McLellan, North America practice leader, rewards, at Willis Towers. “Unlike salaries, incentives are variable and give employers much greater discretion in rewarding employees for performing at superior levels. During times when employees have greater opportunities to seek employment elsewhere, employers need to evaluate their total rewards strategies and programs to ensure their top employees don’t take their skills elsewhere.”

According to corporate talent acquisition professionals and the executive recruiters who serve them, a relentless focus has been put on talent retention strategies over the last two to three years. High profile talent raids, like Uber picking off bankers from Goldman Sachs or Apple snagging star performers directly out of Tesla’s leadership team, are commonplace raiding activities — but they are exacting a financial toll on companies that is only now just beginning to be understood.

Many point to Amazon as the most recent case in point. The company is seen as a breeding ground for innovative technology talent — and hanging on to people has created a logistical nightmare for Jeff Bezos, the company’s CEO. In one recent raid, Chicago-based DHR International lured Amazon’s head of worldwide mass and brand marketing to sports clothing and accessories company Under Armour as its newly minted chief marketing officer.

Are we just seeing the tip of a talent iceberg about to fully surface? A co-branded study now underway by Hunt Scanlon Media and executive search firm Marlin Hawk might shed new light on the issue as both companies seek to determine the extent to which executive poaching affects companies — and who might be ramping up their talent retention efforts and how they’re doing it.

Why all the hype around talent retention? According to a new poll by Mullin International, 100 percent of survey respondents said that ’employee disengagement’ was the greatest human capital cost to an organization.

Rising salaries are, therefore, clearly a sign that companies are trying to lock in their best talent with financial incentives. According to CareerBuilder’s 2016 mid-year job forecast, which polled human resource managers, 70 percent said their companies will have to start paying workers higher wages because the market has become increasingly competitive for the skills and labor needed. The report also found that more than half of employers will raise wages for current employees, while two in five will offer higher starting salaries on job offers in the second half of the year.

According to the ADP ‘Workforce Vitality Report,’ the U.S. labor market maintained its trend of growth in wages in the second quarter. “The positive trend in wage growth over the past few quarters suggests that wages may finally reflect the tightening labor market,” said Ahu Yildirmaz, vice president and head of the ADP Research Institute. “Employers are continuing to provide raises to their workers for retention.”

A recent Korn Ferry Hay Group ‘Salary Forecast study’ found that workers are expected to see wage increases of 2.5 percent, the highest in three years, more or less in line with the Willis Towers Watson survey.

“This year’s global salary forecast shows that for the majority of countries real wage increases are set to be the highest in three years,” said Philip Spriet, global managing director for productized services at Hay Group. “Differing macro-economic conditions means there are stark variations globally, but overall decent pay increases, coupled with extremely low (and in some cases, zero) inflation, mean that the outlook is positive for workers.”

Check Out These Related Articles On Compensation: