Stay Connected:
U.S. employees are more willing than ever to test their options. According to one recent report, 25 percent of workers might be heading to greener pastures this summer. That is likely to set up a fall scramble to find new workers. Let’s take a look at Spherion's revealing findings. 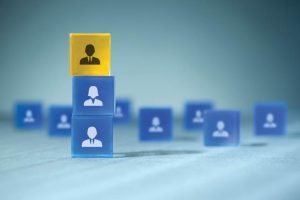 June 27, 2017 – While employee retention is hardly a new concern for employers, the race to keep top workers in-house has escalated significantly in the past year. In fact, new findings from the 2017 Emerging Workforce Study (EWS) commissioned by Spherion Staffing indicate that employees are more willing than ever to test their options, to the point that companies may have to replace one-fourth of their staff by the end of the summer.

According to the EWS, one in four workers (25 percent) plan to look for a new job sometime in the next three months, with more than one-third (35 percent) planning to do so sometime in the next year. The annual study was conducted online by global market research organization Research Now. A total of 733 human resource managers and 2,062 employed U.S. adults ages 18 and older participated.

“In the 20-year history of the Emerging Workforce Study, we’ve never seen employees have this much leverage to improve their situation and fulfill their demands for better salaries and working conditions,” said Sandy Mazur, Spherion division president. “This year’s study reinforces the need for employers to reevaluate their retention strategies and take a closer look at the factors – both financial and non-financial – that influence their workers’ professional decisions. While not all businesses will have the flexibility to raise wages right away, our data indicates that there are a range of alternative measures that may prevent an employee exodus.”

With an improved economy and overall job market, especially within the specialized industrial and technology fields, workers believe they have more options – and therefore, the ability to demand a higher salary either from their current employer or a competitor. Twenty percent cited compensation as the primary reason they plan to explore their professional options, more than any other employment factor. Likewise, 35 percent of workers said that although they accepted a lower salary when they started their current role, they should be paid more today.

Despite employees’ outspoken desires for higher compensation, and the escalating crunch for talent, employers remain indifferent about how to proceed. The study found that businesses value retaining high-performing and productive workers, but also are mindful of overall fiscal responsibility. Nearly two-thirds (62 percent) of surveyed companies say they recognize a need to pay higher wages to remain competitive, but cannot afford to do so at this time. With a significant segment (74 percent) also noting that their competitors are raising wages to attract top talent, employers’ reluctance to raise pay ultimately may force employees’ hands.

Although salary remains a primary motivator, the EWS revealed that additional factors are also influencing the retention and recruitment race, and shaping the overall workplace in turn.

Beyond their own salaries, workers are paying greater attention to comparable wages, and are uninspired by what they see. The EWS notes that perceived pay scale inequality is more prevalent in today’s workplace, and risks furthering the divide between employers and employees.

While more than three-fourths (82 percent) of employers believe they offer equal pay for work regardless of gender, a far lower number (54 percent) of employees feel the same way. Additionally, the EWS found that males are far more likely to perceive pay equality in a given company than females, among both the employer and employee audiences. Although wage equality is both a hot button issue and potentially sensitive subject in today’s workplace, the EWS indicates that it’s a topic employers must be prepared to address to maintain favorable employee morale and longevity.

Some workers believe their employers lack appreciation for their contributions, making them more likely to consider moving to a company that will. “Feeling undervalued” topped the list of non-financial reasons workers gave for their interest in exploring alternate job opportunities. Likewise, 23 percent of workers feel their employers put in less effort to retain them this year than last.

This perceived lack of trying stems from disconnects around critical retention drivers. Employers believe that employees are more concerned with intangibles such as their supervisor relationship and overall work environment, while employees cite financial compensation, benefits, and growth and earnings potential among the top factors influencing their decision to remain at their current company. Not coincidentally, one-fifth (20 percent) of workers said their employer has reduced their benefits package in the last year.

Employees also may be considering new professional opportunities to find a better environment to showcase and develop their skills. As reinforced by the EWS, employers and employees not only failed to close the long-looming skills gap this past year, but actually have allowed it to grow even wider.

More than one-third (38 percent) of workers worry about falling behind in acquiring new skills needed for the future, while a similar segment (37 percent) feels it cannot achieve a promotion with current skills alone. The EWS also notes that lack of ample training and development may be shaping employees’ fears. Only 18 percent of workers would give their companies’ training and development programs an “A” grade, while nearly half (46 percent) would instead offer a grade of “C” or lower. In particular, employees are concerned that the training programs their company offers are not relevant to their skill sets, and thus nothing more than a distraction from their job duties.

With the arrival of the summer job market, companies are stepping up their seasonal hiring. Forty-one percent of employers plan to hire workers for the summer, a significant jump from 29 percent last year, according to a recent CareerBuilder report. Of those who are hiring summer workers, 34 percent are hiring a friend, 30 percent a family member and 19 percent their child.

“Don’t approach your summer position as if it’s only a temporary job,” said Rosemary Haefner, chief human resources officer at CareerBuilder. “From the start, find out what your responsibilities are, what is expected of you and how your job impacts the company’s bottom line. You should view it as an extended job interview. This is an opportunity for the company to get to know you, to show them what you bring to their organization and to show how you can become a valuable asset.”

According to the latest “Employment Outlook Survey,” released last week by ManpowerGroup, U.S. employers expect hiring to pick up in the third quarter, with 24 percent planning to add staff between July and September. Of the 11,000 U.S. employers surveyed, 70 percent expect no change in hiring plans and only four percent of employers expect workforce reductions. Nationwide, employers in all 13 industry sectors polled expect to add staff in the coming quarter.

“Employers across the country are optimistic but don’t want to get ahead of themselves,” said Michael Stull, senior vice president, Manpower North America. “In most sectors, employers reported relatively stable hiring plans with some upticks – most notably in durable goods manufacturing, where there are the strongest hiring intentions in more than nine years. Technological disruption is rapidly changing skills needs, especially in manufacturing as the marketplace transitions from typical labor to more advanced roles.”