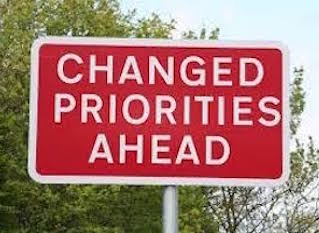 January 23, 2017 – Organizations need talented employees to drive strategy and achieve goals, but with an improving economy finding and recruiting the right people is becoming more difficult. While the severity of the issue varies among organizations, industries and geographies, it’s clear that the changing global economy has created a demand for new jobs, new skills and new capabilities – and organizations are scrambling to find the best workers to fill these positions.

As President Donald J. Trump takes office to a sound economy, a new global study by the Futurestep division of Korn Ferry highlights the intense competition companies are facing to find qualified candidates, and gives insight into their shifting priorities.

“Candidates with niche and specialized skill sets will become increasingly sought after as 2017 unfolds, and knowing how to gain and hold their attention should be one of the biggest priorities for talent acquisition professionals,” said Jeanne MacDonald, Futurestep global operating executive and president, talent acquisition solutions.

Here’s a look at some of the changing priorities of job candidates as we enter 2017:

The No. 1 reason candidates choose one job over another today is “company culture,” Futurestep survey respondents said. “Millennials are absolutely looking for culture and fit. They want to feel good about where they’re working and require a shared sense of purpose,” said Ms. MacDonald. Gen X, on other hand, are more interested in taking their skill set to a place where they can make an impact, she noted.  “Organizations with a culture of acknowledging that impact also have a greater chance of retaining top talent of that generation,” she said.

In a recent poll by Hunt Scanlon Media sponsored by Mullin International on culture shaping, ‘Aligning Strategy and Culture,’ respondents cited culture as the most important workplace consideration at their organization (73 percent). When asked how culture was driven as ‘a leadership priority’ at their organization, 42 percent responded ‘from the top down.’ Half of respondents said that culture at their company could be ‘significantly improved upon.’ Tellingly, when asked if culture could be ‘significantly improved upon,’ nearly half of respondents (48 percent) said yes.

Culture seems to be what attracts many employees to companies: 56 percent of respondents to the Hunt Scanlon culture poll selected it as a ‘priority’ over job satisfaction and compensation. Respondents said that culture change needed to become a ‘more significant part’ of their organization’s leadership agenda (44 percent).

When speaking with recruiters and talent acquisition leaders today, one constant theme is the importance of employee engagement. Proper engagement, they all seem to agree on, should encompass the entire life cycle of an employee’s experience with a company, starting with those who are soon to join and continuing far beyond after they have left the organization ….. Here’s some further reading from Hunt Scanlon Media.

Employee Engagement Must Run Deep to Thrive
“We expect great service while dining at a restaurant,” said Vineet Gambhir, head of talent for Yahoo! in Asia Pacifics. “The four walls of an organization are no different. Delivering an employee experience is exactly what world-class employee engagement is all about.”

Study after study suggests that culture shaping is a concept that is here to stay. A separate study released by Futurestep found that nearly two thirds (61 percent) of executives said organizational culture was the most important recruiting advantage for global organizations.

Organizational culture has reached a tipping point, said Larry Senn, founder and chairman of Senn Delaney. Most CEOs, he said, obviously know that culture matters and that it can have a strong impact on business results. But, he added, “companies that focus on culture are becoming icons for job seekers, especially the future generation of leaders who place a premium on work-life balance and culture fit in choosing where to work.”

When asked what the top reason was candidates chose a company five years ago, respondents cited “benefits packages.” Five years ago, “the world was still reeling from the Great Recession, mass layoffs, and all-around jitters,” said William Sebra, global operating executive, Futurestep. “It only makes sense that candidates felt the need for a stable paycheck plus healthcare and retirement benefits. Today, workers are generally moving beyond basic needs to different priorities.”

According to a recent CareerBuilder ‘Candidate Behavior’ study, the top things candidates said they want to see in a job posting include: Salary (74 percent) and close behind were total benefits package (61 percent).

However, another study found contrasting ideas. A Glassdoor report authored by chief economist Dr. Andrew Chamberlain showed that many of the more exotics perks today have a small effect on employee satisfaction compared to more traditional benefits like great health insurance, 401(k) matches, and generous paid time off. The data showed that less traditional benefits like gym memberships, charitable gift matching, and pet-friendly workplaces — while certainly are important to some employees — on average have a surprisingly weak correlation with employee satisfaction.

In coming years, the report suggested that we are likely to see employers re-evaluating their benefits packages, more carefully focusing them on core benefits that offer the biggest bang for the buck in terms of engagement and productivity — rather than splashy headlines about unusual workplace perks.

When Futurestep asked what would be the No. 1 reason a candidate would choose one job over another five years from now, the highest percentage of respondents chose “flexible working.”

According to Ms. MacDonald, a flexible environment — from working remotely to flex hours is becoming common across many industries. In addition, businesses are seeing changes due to the rise of the contingent professional workforce, or “gig economy.” Instead of looking for full-time employment, “talented, high-demand people will take contingent assignments where they can showcase their unique skills and talents, then complete the project and move to the next gig.”

Seventy three percent of survey respondents reported that they use a contingent workforce on either a regular or as-needed basis. And other studies also report the massive shift to a flexible work environment.

By 2025, most workers (70 percent) and employers (68 percent) agree that a majority of the workforce will be employed in an ‘agile capacity’ (i.e. contractor, consultant, temp worker or freelancer), according to a study released by Randstad US, one of the largest HR services and staffing companies in the U.S. The report also found that as early as 2019, as much as 50 percent of the workforce will be comprised of agile workers, as nearly four in 10 (39 percent) workers say they are likely to consider shifting to an agile arrangement over the next two to three years.

“This mindset shift, combined with the growing availability of collaborative technologies to facilitate work from anywhere, anytime and on any device, means the notion of having to work a traditional nine to five day in an office is disappearing,” said Jim Link, chief human resources officer (CHRO) at Randstad North America.

The Hardest Roles to Fill Vary Depending on Region

While Futurestep’s respondents also say that overall it’s harder to find qualified talent than it was just one year ago, the most sought-after candidate roles vary by region. Nearly one quarter (24 percent) of respondents in the Northeast region said that information technology (IT) vacancies are most difficult to fill, followed by engineering at 17 percent and operations 14 percent. The most difficult role to fill in the EMEA region is sales (22 percent), followed by engineering at 18 percent and IT at 14 percent. In APAC, research and development (R&D) and sales tied at 22 percent for being the hardest role to fill, and operations and engineering tied at 13 percent. Finally, in Latin America, respondents said the most sought-after candidates are working in IT (23 percent) followed by sales at 17 percent and operations at 12 percent.

“No matter the region or position for which candidates are being sought, the stakes are high,” said Mr. Sebra. “Organizations that attract the best talent will be best-positioned to achieve their goals and succeed in today’s challenging and fast-changing business environment.”