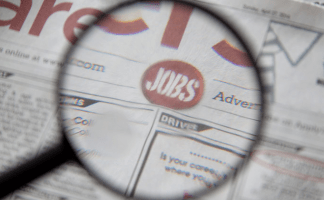 December 5, 2016 – Employers added a solid 178,000 jobs last month as the U.S. unemployment rate fell slightly to 4.6 percent, according to the most recent U.S. Bureau of Labor Statistics report. This is the unemployment rate’s lowest standing in nine years. The number of workers unemployed also dropped to 7.4 million.

“It looks like companies are pretty bullish about what they’re going to see in 2017 and are continuing their strong hiring of the past few years,” said Steve Rick, chief economist at insurance company CUNA Mutual Group. “This is a good tailwind for the new administration.”

“What this jobs report shows is how Obama’s legacy will be remembered, and what Trump’s baseline is for his own economic policies,” said Indeed.com chief economist Jed Kolko. “Trump is inheriting an economy with low unemployment and strong wage gains.”

With this latest positive jobs report, employers might feel more confident to increase their hiring efforts in the coming year. Thirty four percent of employers say they plan to add full-time, permanent employees in upcoming months, on par with last year, according to CareerBuilder’s ‘U.S. Job Forecast.’ Nine percent expect to reduce staff, similar to 10 percent last year, while 53 percent anticipate no change and four percent are unsure.

“Employers are optimistic, though hesitant, with their hiring intentions but we’re pleased to see levels we were seeing before the recession,” said Kip Wright, senior vice president of Manpower North America. “While employers are looking to grow their workforces, many are challenged to find candidates with the right skills. As the hiring outlook continues to improve, attracting and retaining skilled talent will become even more difficult.

In truth, hiring managers in the U.S. might be prepared to hire more professionals in the year ahead, however they are likely to be more cautious with their hiring plans than in the past two years, according to the semi-annual hiring survey by DHI Group. More than half (56 percent) of hiring mangers anticipate increased hiring levels in the first half of 2017. But this is a six point drop from when this group was last surveyed in June and a five point drop from a year ago.

With the U.S. economy nearing full employment capacity, companies are facing a confluence of staffing and talent management issues that reflect the changing nature of the labor market. Seventy six percent of HR professionals, according to a new study by the ADP Research Institute and The Economist Intelligence Unit (EIU), expect the market for skilled workers will continue to tighten and 75 percent anticipate turnover in the next three years. This new landscape stands to drive competition for talent. For executive recruiters, this likely signals more business ahead in 2017.

“As the struggle to find the right talent continues, and candidates with in-demand skills get the upper hand, employers will be under pressure to position themselves as ‘talent destinations’ to attract the best workers that will drive their business forward,” noted Mr. Wright.

Competition is indeed fierce for skilled talent. “That means it’s more important than ever that companies resolve to invest in the recruitment and development of top talent and explore creative, progressive staffing solutions,” said Joyce Russell, Adecco Staffing USA president.