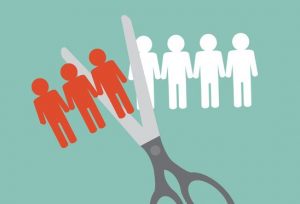 December 1, 2016 – Hiring managers in the U.S. might be prepared to hire more professionals in the year ahead, however they are likely to be more cautious with their hiring plans than in the past two years, according to the semi-annual hiring survey by DHI Group, a provider of data, insights and career advice for specialized professional communities.

More than half (56 percent) of hiring mangers anticipate increased hiring levels in the first half of 2017. But this is a six point drop from when this group was last surveyed in June and a five point drop from a year ago.

While the survey was conducted up to the recent U.S. election and therefore too early for substantive insight related to the election results, the responses do paint a picture of employers being less bullish on hiring for the coming year. A significant number (68 percent) of hiring managers who focus on recruiting technology professionals anticipate more hiring, however that’s a 10 point drop from November 2015, indicating waning confidence levels.

Just as employers appear to be more cautious with hiring, the positions they’re hiring for are taking longer to fill. Nearly half of hiring managers who recruit across industries state the time to fill open positions has lengthened compared to last year, the highest since the survey began. This is slightly more evident among tech-focused hiring managers who face increased competition as employers across the country increase their technology needs and skilled talent is becoming harder to find.

In fact, a recent report from Korn Ferry suggests that chief executives might be focusing their company’s efforts not on people, but on technology to give them a competitive edge in the coming years. Presumably, people with technology skills will be the most highly sought after talent.

The inability to find qualified professionals remains the primary reason employers broadly have difficulty filling positions. The DHI-DFH Mean Vacancy Duration Measure, DHI Group’s proprietary index which leverages JOLTS data from the Bureau of Labor Statistics, mirrors hiring managers’ observations. In September (the latest data available), it took 28 working days, up from 27.7 days in August, to fill open positions in the U.S. The record high (since the data became available in 2001) was 29.5 days in April of this year.

“Finding the right candidates for the right positions continues to be a challenge for America’s hiring managers as demand for highly skilled professionals creates tension and competition among employers,” said Michael Durney, president and chief executive officer of DHI Group. “To combat the time a position remains unfilled, recruiters are turning to sourcing and services which speed efficiency. But, professionals remain ultimately in control and are asking for more money during the recruiting process.”

Wages on the Rise

A combination of rising competition, shortage of skilled talent and compensation-savvy professionals adds to the talent tango and is driving wages higher.

Pay expectations are trending upwards, with 59 percent of hiring managers (both tech and across a variety of industries) noting salaries for new hires will be higher in 2017. The rise is more pronounced among hiring managers who recruit a variety of professionals, with 12 percent expecting significantly higher salaries in the current survey versus eight percent in November 2015, signaling the need for employers to reassess budgets and ensure compensation and benefit offers are aligned for a competitive employment market.

That doesn’t appear to be happening yet as a majority (55 percent) of recruiters across industries say they can’t fill positions due to salary guidelines for the position, up three points from the mid-year survey and eight points from a year ago.

“Companies are missing a big opportunity by not evaluating salary trends and changing expectations for positions,” said Mr. Durney. “While some employers fail to stay current with rising salaries, savvy recruiters who keep up with changing market dynamics come out ahead and land top skilled talent.”

The jockeying for new talent is pressuring recruiters to consider the whole employment package, including benefits outside of salary. Paying for relocation (50 percent), offering sign-on bonuses (48 percent) or providing perks such as free lunches, gym memberships and unlimited snacks (44 percent) are some of the tactics hiring managers leverage to land the best candidates.

Building Up the Bench

Employers are finding a wait and see mentality doesn’t work in this heated recruiting environment. A majority (75 percent) of hiring managers who recruit for a variety of professionals say sourcing passive candidates is more important today than a year ago. For tech professionals, this bumps up to 77 percent.

“It’s becoming increasingly important for employers to have a proactive approach to attracting candidates, one that goes beyond reacting when a position becomes available and extends to building a bench of talent and having candidates at the ready, year round,” said Mr. Durney.  “Services such as getTalent and Lengo ease this pipelining process for employers to ensure candidates are engaged when a position opens up.”

Technology-focused hiring managers anticipate recruiting budgets to be greater in 2017, compared to those who recruit for a variety of professionals who expect much of the same next year.

Employers in the U.S. overwhelmingly anticipate no impact from Brexit in 2017, with 77 percent of hiring managers who recruit across industries saying the U.K.’s vote to leave the European Union will have no influence on hiring decisions. For those recruiters whose hiring needs are more broad-based, one in five (20 percent) are unsure of the impact on hiring plans. Hiring managers in each category say layoffs are not likely in the next six months.

With the U.S. economy nearing full employment capacity, companies are facing a confluence of staffing and talent management issues that reflect the changing nature of the labor market. Seventy six percent of HR professionals, according to a new study by the ADP Research Institute and The Economist Intelligence Unit (EIU), expect the market for skilled workers will continue to tighten and 75 percent anticipate turnover in the next three years.

This new landscape stands to drive competition for talent. For executive recruiters, this likely signals more business ahead in 2017, especially with the presidential elections now done and over with.

“It continues to be a tight, candidate driven market despite industry consolidation and economic trends,” said Michael Muczyk, managing partner at executive search firm Connor | Caitlin. “Only the employers that understand this are winning the talent. We are seeing top candidates in a variety of industries receive multiple competitive offers. Having the right overall package to meet their needs is critical to attract them. Everything must be considered: compensation, benefits, culture, career path, as well as geography.”

Forty percent of employers are experiencing difficulties filling roles, marking the highest level since 2007, according to the latest ‘Talent Shortage Survey’ released by ManpowerGroup.

The report noted that as skills needs change rapidly, employers are looking inside their organizations for solutions, with more than half choosing to develop and train their own people. This represents a significant jump from ManpowerGroup’s 2015 survey, when just 20 percent prioritized training and development to fill roles or find new skills. In the U.S. IT sector, businesses are reporting the most marked talent shortage in a number of years. IT roles jumped from ninth to second place this year, the most marked demand for IT in a decade.