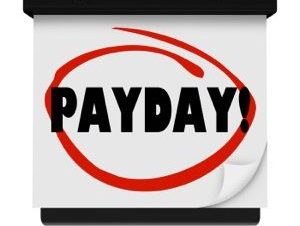 October 13, 2016 – Seasonal and permanent workers are expected to take home bigger paychecks in the fourth quarter as the push for better wages and the increased competition for skilled labor remain hot issues for employers.

The national study was conducted online by Harris Poll on behalf of CareerBuilder from August 11 to September 6, 2016 and included a representative sample of 2,379 hiring managers and human resources professionals across industries and company sizes.

In terms of full time, permanent employees, 68 percent of employers plan to increase salaries for these workers in Q4, with 28 percent anticipating an average pay increase of five percent or more.

“Overall, permanent and seasonal hiring in the fourth quarter will be on par with last year, with one third of employers planning to add staff in either category,” said Matt Ferguson, chief executive officer of CareerBuilder. “However, campaigns for a higher minimum wage, paired with a tighter labor market for lower-skill and semi-skill jobs, is giving job seekers more of an edge when it comes to compensation. Wage growth, while still a serious concern, will likely see a lift in the coming months.”

“It continues to be a tight, candidate driven market despite industry consolidation and economic trends,” said Michael Muczyk, managing partner at executive search firm Connor | Caitlin. “Only the employers that understand this are winning the talent. We are seeing top candidates in a variety of industries receive multiple competitive offers. Having the right overall package to meet their needs is critical to attract them. Everything must be considered: compensation, benefits, culture, career path, as well as geography.”

Other Studies With Similar Findings

A separate recent Korn Ferry Hay Group ‘Salary Forecast study’ found that workers are expected to see wage increases of 2.5 percent, the highest in three years. “This year’s global salary forecast shows that for the majority of countries real wage increases are set to be the highest in three years,” said Philip Spriet, global managing director for productized services at Hay Group.

“Differing macro-economic conditions means there are stark variations globally, but overall decent pay increases, coupled with extremely low (and in some cases, zero) inflation, mean that the outlook is positive for workers,” he added.

In addition, employers will continue to reward their best performers with significantly larger pay raises as they look for ways to retain their top talent and strengthen existing pay-for-performance cultures, according to a survey released by Willis Towers Watson. The survey found virtually all respondents (98 percent) plan to give employees raises next year, with salaries for exempt non-management employees to increase three percent.

Seasonal hiring among retailers – arguably the largest industry segment for seasonal employment this time of year – is expected to dip compared to 2015, said the CareerBuilder report, but will still be sizeable and yield better pay.

Nearly half of retailers (49 percent) plan to hire seasonal workers in the fourth quarter, four percentage points shy of last year (53 percent). Of those retailers hiring seasonal help, 53 percent will pay $10 or more per hour – up from 43 percent in 2015.

Looking across industries, one third of employers (33 percent) expect to hire seasonal workers in Q4, the same as last year. An increasing number of these employers are viewing seasonal hiring as a means to test-drive candidates for more permanent roles. Sixty two percent expect to hire some of their seasonal staff for full time positions, up from 57 percent last year and a big leap from 42 percent two years ago.

While a significant number of employers will be increasing staff to meet demands of the busier holiday season, others are focused on wrapping up 2016 or getting ready for the New Year.

Thirty eight percent of employers added full time, permanent headcount in the third quarter, relatively unchanged from 39 percent last year. Ten percent decreased headcount, on par with last year, while 50 percent made no change and one percent was unsure.

Looking ahead, 34 percent of employers plan to add full-time, permanent employees in Q4, on par with last year. Nine percent expect to reduce staff, similar to 10 percent last year, while 53 percent anticipate no change and four percent are unsure.

Permanent and Seasonal Hiring By Region

The West houses the largest percentage of employers planning to hire full time, permanent staff and seasonal staff in the fourth quarter (39 percent and 40 percent, respectively) and experienced the largest year-over-year gain for permanent hiring (six percentage points). The Midwest is trailing all regions for both permanent and seasonal hiring at 29 percent and 27 percent, respectively. Overall, seasonal hiring is expected to hold steady with gains in the Northeast offsetting declines in other regions. Thirty four percent of employers in the Northeast plan to add seasonal staff in Q4, up from 28 percent in 2015.

Employers added a modest 156,000 jobs last month as the U.S. unemployment rate remained unchanged at 5.0 percent, according to the most recent U.S. Bureau of Labor Statistics report released this past Friday. Professional and business services employment rose by 67,000 in September and has risen by 582,000 over the year. Healthcare was second adding 33,000 jobs during the month.

“The current record of consecutive monthly job gains continued in September,” said Mark Zandi, chief economist of Moody’s Analytics. “With job openings at all-time highs and layoffs near all-time lows, the job market remains in full swing. Job growth has moderated in recent months, but only because the economy is finally returning to full employment.”