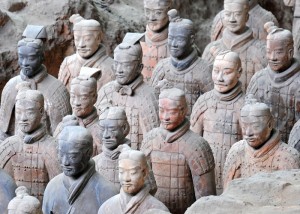 Here’s a closer look at the latest findings:

More than half (53 percent) of American employees (including those self-employed) believe if they lost their job they would be able to find a new job matched to their experience and current compensation levels in the next six months. This reveals the second-highest confidence in the U.S. job market since Glassdoor began its survey in 2009. It’s up 14 percentage points from the first quarter of 2009.

U.S. employees’ concerns about being laid off have reached a new low since the fourth quarter 2014 (13 percent). Today, 14 percent of employees report they are concerned they could be laid off in the next six months compared to its peak, 26 percent, in the first quarter of 2009. Job security confidence is down just one percentage point from the third quarter of 2015.

“In 2009 our country faced its worst recession in years, and uncertainty made employment confidence weak,” said Rusty Rueff, a Glassdoor career and workplace expert. “Today, employee confidence about the job market, job security and the likelihood of a pay raise is among the highest it’s been in the past seven years. But we’ll keep an eye on employee confidence around employers’ future business outlook as recent market uncertainty could be impacting employee optimism related to company performance.”

Employers also remain confident in their hiring plans, with 36 percent of employers planning to add full-time, permanent employees in 2016, according to CareerBuilder‘s annual job forecast. Nearly half of employers (47 percent) plan to hire temporary or contract workers.

“On average, the U.S. has added 200,000 jobs each month over the last two years, and we expect 2016 to produce similar results, if not better,” said Matt Ferguson, CEO of CareerBuilder. “The market is also showing signs of broader wage pressure. While employers have been more willing to pay a premium for high-skill labor, they now have to pay more competitive wages for entry-level positions. Workers are gaining leverage.”

Glassdoor’s study asked participants to identify what they think are the “most important employment issues in the 2016 presidential election.” Among Americans who are employed or unemployed but looking for a job, the most notable disparities between Republicans and Democrats in the 2016 presidential election were among the following four key employment-related topics:

Check Out These Related Articles On Hiring Confidence: