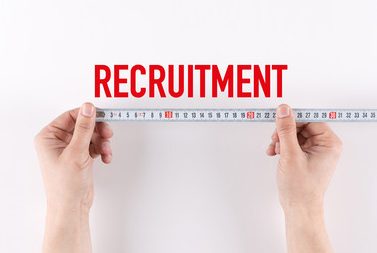 October 3, 2016 – Nearly all respondents — a full 95 percent — expect recruiting to be as or more challenging in 2017 as this year, according to the latest ‘Recruiter Nation Survey’ conducted by Jobvite. Corporate recruiters cited a lack of skilled candidates (65 percent) and dealing with hiring managers moving candidates through the hiring process (48 percent) as their biggest challenges.

The report gathered responses from over 1,600 in-house recruiting and human resources professionals and reveals a highly competitive landscape which is pushing corporate recruiters to become more strategic and innovative than ever to source, hire, and onboard new hires.

“The pressure has been on for quite some time now for external recruiters to find ways to add value and move away from the identification game,” said Scott A. Scanlon, founding chairman and CEO of Hunt Scanlon Media in Greenwich, Conn. The result has been a plethora of new service offerings, with some trail blazing platforms and tools ready to come to market in the closing days of this year, he said. “Not to be outdone, in-house recruiters, taking their cue from these moves, are now looking to go head-to-head once again with their external counterparts on every conceivable front.”

Job creation has been “steadily increasing” ever since the recession, “forcing corporate recruiters to double up their efforts to fill positions with quality candidates,” said Dan Finnigan, chief executive officer of Jobvite. “But there simply aren’t enough educated, talented and qualified candidates to keep up with the demand.” As a result, he says, these recruiters must now go above and beyond by helping to create compelling employer brands and an exceptional candidate experience” to keep their clients happy.”

All Eyes Now On Post-Hire Metrics

Sixty-nine percent of hiring executives reporting that their company’s hiring has increased in the past year. One third (35 percent) of in-house recruiters anticipate filling 100 or more positions in 2017, up from 26 percent last year. Recruiters expect competition for talent to be in the most demand within hospitality (87 percent), manufacturing (79 percent) and healthcare (78 percent).

To keep up, in-house recruiters are offering both traditional and non-traditional incentives to lure candidates, like raising salary offers (68 percent), awarding monetary bonuses to incentivize referrals (64 percent), allowing for flexible work hours (44 percent), and implementing a casual dress code (44 percent). The way recruiters define successful hiring has also evolved — now, 61 percent of them care more about post-hire metrics (like performance and retention rate of new hires) than they do about the hiring process itself (such as cost- and time-to-hire).

Although candidates are largely benefitting from this job seeker-focused market, it’s critical for them to continue putting their best foot forward. In addition to concrete qualifications, recruiters also expect a host of soft skills, including enthusiasm (78 percent), conversational skills (73 percent), and, most importantly, cultural fit (83 percent).

Nearly 40 percent of corporate recruiters believe that seeing a picture of a candidate before meeting him or her influences their first impression. In-person looks matter too — 46 percent of recruiters said that appearance influences hiring decisions during the interview.

Notably in this election year, 10 percent of respondents said a candidate’s political affiliations on social media would affect their decision to move forward. But recruiters are 64 percent more likely to be biased against a supporter of Donald Trump than a supporter of Hillary Clinton.

While recruiters have proven adept at adjusting their strategy amidst a consistent talent shortage, there are still several opportunities that are not fully being taken advantage of.

For example, in-house recruiters lag behind job seekers when it comes to social recruiting on Facebook and their adoption of mobile-optimized career sites — only 45 percent of recruiters said their company’s career site supports mobile, and just 43 percent leverage Facebook in the recruiting process. And if the prediction of increased competition for talent in 2017 holds true, finding every opportunity to stand out to job seekers will become even more crucial.

Other notable findings from the survey are summarized below:

Despite Fear of a Downturn, the Job Market Is Thriving

CEOs expect roughly unchanged plans for hiring and nearly flat plans for capital spending in the final quarter of 2016, according to the recently released Business Roundtable ‘CEO Economic Outlook Survey.’ The report found that 27 percent of CEOs expect their company’s U.S. employment to increase in the next six months. Thirty seven percent said they expect no changes in their staff levels while another 36 percent plan to decrease staffs.

“For the past year, the Business Roundtable ‘CEO Economic Outlook’ has consistently remained below its long term average,” said Doug Oberhelman, chairman and CEO of Caterpillar and chairman of Business Roundtable. “This reflects the unfortunate new normal — where the U.S. economy is pretty much stuck in neutral rather than moving forward.

Later this week, Hunt Scanlon Media will report on the September unemployment numbers.