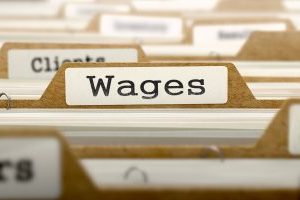 September 12, 2016 – A new analysis by the Hay Group division of Korn Ferry shows mixed salary recovery figures across the world, eight years after the fall of Lehman Brothers signaled the beginning of one of the worst global recessions in history.

Pay data is drawn from Korn Ferry Hay Group’s PayNet database, which contains salary and job data for more than 20 million workers in more than 25,000 organizations across 110 countries. Economic data (CPI and GDP) is from the Economist Intelligence Unit. According to the study, the U.S. suffered one of the worst salary recoveries among developed nations in what is known as the G20, which denotes the world’s top economies.

Adjusted for inflation, salaries in the U.S. decreased 3.1 percent on average since September 2008 – despite a Gross Domestic Product (GDP) growth of 10.2 percent. Canada’s salary recovery is the best among developed nations, with a 7.2 percent salary growth on average, with a GDP gain of 11.2 percent.

Other developed nations experienced flat to modest salary growth, with Australia at 5.9 percent, France at 5.2 percent, Germany at five percent, Italy at 2.4 percent and the U.K. down 0.1 percent.

Global talent shortages and lack of training seem to be having the biggest impact on salary levels. “While overall, global economists point to this recovery as one of the worst in history, there are political, economic and social reasons for the disparate salary fluctuations in different countries,” said Benjamin Frost, Korn Ferry Hay Group global product manager – pay. “In the countries that are seeing tremendous salary growth, the issue is supply and demand. With countries like China seeing a whopping 75.9 percent GDP growth since the beginning of the recession, universities and corporations simply can’t train people fast enough. This leaves an acute talent shortage and points to the reason skilled employees are seeing steep pay increases.”

In the U.S., the Commerce Department recently released figures that show the pace of the current expansion has been by far the weakest of any since 1949.

In terms of salary growth, employees with lower paying, entry level titles — such as clerical, network analyst, payroll coordinator or production line supervisor — experienced a 14.8 percent inflation-adjusted drop in wages on average since the start of the recession.

Those in professional mid-level roles, such as a brand / product manager or network administrator, fared much better with a two percent inflation-adjusted salary growth. Senior managers, such as an IT manager or chief accountant saw a 3.5 percent salary growth on average.

“Imbalances in supply and demand are behind the differences in pay growth at different job levels in the United States,” said Mr. Frost. “For lower level jobs, technology and offshoring are among the factors causing an oversupply of people – and driving weak pay growth. At the top end, key leadership and technical skills are in short supply, causing much stronger increases in pay.”

Salary Gaps by Level More Tempered In Other Developed Nations

The upward swing in salary increases for more senior level roles is not nearly as dramatic in other developed nations compared to the U.S. For example, in the U.K., lower level employees experienced a 2.9 percent decline in inflation-adjusted salary, and senior level managers experienced a 1.7 percent growth.

“Several factors help to achieve pay parity across levels in European nations,” said Mr. Frost. “Firstly, many governments regularly increase minimum wage to keep pace with inflation, and labor laws usually favor employee rights. Also, strong unions bargain on pay and conditions, and in recent years, public pressure has kept senior manager salaries in check amid a call for everyone to ‘share the pain’ on the road to economic recovery.”

A separate recent Korn Ferry Hay Group ‘Salary Forecast study’ found that workers are expected to see wage increases of 2.5 percent, the highest in three years. “This year’s global salary forecast shows that for the majority of countries real wage increases are set to be the highest in three years,” said Philip Spriet, global managing director for productized services at Hay Group. “Differing macro-economic conditions means there are stark variations globally, but overall decent pay increases, coupled with extremely low (and in some cases, zero) inflation, mean that the outlook is positive for workers.”

ADP’s recent ‘Workforce Vitality Report’ found that the U.S. labor market maintained its trend of growth in wages in the second quarter, however at a slower pace. Gains in the second quarter were driven by growth in hours worked and employment. Wage growth for full time workers varied across industries during the past four quarters.

Willis Towers Watson found that pay raises for U.S. employees are expected to hold steady at three percent in 2017. The survey also found that employers will continue to reward their best performers with significantly larger pay raises as they look for ways to retain their top talent and strengthen existing pay-for-performance cultures.