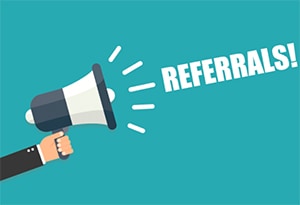 “I always urge individuals to become passive job seekers so they can gain leverage and power over their career prospects,” said Mr. Dan Schawbel, partner and research director at Future Workplace. “If you’re unemployed, you can turn into a passive job seeker right now by freelancing, selling items on sites like Amazon and eBay, being an entrepreneur, volunteering or blogging. By engaging in these activities while you search for a job, you won’t have gaps on your resume, you’ll be practicing new skills and potentially make side income so you will be less desperate for a job, which makes you more attractive as a job seeker.”

In addition to the active job seeker disconnect, the survey revealed the sentiment of HR professionals and job seekers in various areas. Here are some additional highlights from the report:

“A strong application coupled with quality referrals will provide job seekers with an advantage in the hiring process,” said Mr. Schawbel. “You should constantly be exploring new ways to nurture and expand your referral network, and it may be easier than you think. For example, attend industry conferences and events, grab lunch with a former colleague or make new connections on social platforms – a few simple actions may help you land your dream job.”

Despite new forms of technology, social media and other new online tools created for hiring, good old fashion referrals seems to have the most impact.

More than 50 percent of referred employees have been in their current position for more than five years, supporting various findings that have cited employee referrals as a top source of hiring, according to ‘The Impact of Successful Employee Referral Programs,’ issued by iCIMS. The study found that employee referrals are the most significant source-of-hire for employers, bringing in top talent that increases quality-of-hire, instances of cultural fit, positive results, and decreases key metrics such as cost-per-hire, time-to-fill, and turnover.

Technology to support recruitment and tracking for referred candidates was cited as one of the biggest opportunities for improvement in iCIMS’ study. Characteristics for a successful programs include creating a quick and simple internal referral process and timely recruitment communication with referrals.

One startup that is helping companies fill job openings through crowdsourcing and monetary incentives – the latest twist that takes employee referrals to an entirely new level – is ReferralMob. Launched last June, the mobile and Web app company has $500,000 in cash rewards in its coffers to help recruit employees at Massachusetts-based companies.

“We are Uberizing the recruiting industry,” said chief executive David Samuels. “We are expanding the number of paid referrers for a job beyond companies and agencies to tens of thousands of interconnected influencers. Because we are democratizing the referrals of these candidates, our customers can also expect more diversity among qualified applicants.”

While referrals have always been popular for hiring top talent, social media is gaining ground as the go to source for finding new employees.

From the employer perspective, social media is also a key tool for hiring with 84 percent of organizations using it currently and nine percent planning to use it, according to a report recently released by the Society for Human Resource Management (SHRM). In 2011, only 56 percent used social media for recruitment. For many organizations (81 percent) today, it has become one of many tools used: five percent said it was their primary recruiting tool. This metric is expected to jump considerably in the next few years.

Numerous other reports have surfaced showing the increasing role social media is having on recruiting. Another recent SHRM survey, ‘The Importance of Social Media for Recruiters and Job Seekers,’ found that nearly two-thirds of companies (65 percent) found new hires through social media in the past year.