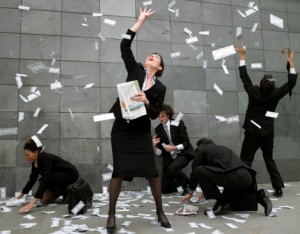 February 8, 2016 – Employers only added 151,000 jobs in January but the U.S. unemployment rate dropped to 4.9 percent, the lowest since February 2008, according to the most recent U.S. Bureau of Labor Statistics report.

Analysts had expected 190,000 jobs to be added during the month. Currently there are 7.8 million people unemployed in the U.S.

The last labor report for December saw 292,000 jobs added and the U.S. unemployment rate at that time stood at five percent.

“Job growth remains strong despite the turmoil in the global economy and financial markets,” said Mark Zandi, chief economist at Moody’s Analytics. “Manufacturers and energy companies are reducing payrolls, but job gains across all other industries remain robust. The U.S. economy remains on track to return to full employment by mid-year.”

The financial markets are leery,” said Michael Hanson, a senior economist at Bank of America Merrill Lynch. “But the labor market still looks like it’s continuing to grow.”

Looking ahead, U.S. employers remain confident in their hiring plans, with 36 percent of employers planning to add full-time, permanent employees in 2016, according to CareerBuilder’s annual job forecast. Nearly half of employers (47 percent) plan to hire temporary or contract workers.

CareerBuilder’s report is just the latest to reveal an upbeat job forecast. The recently released annual hiring survey by DHI Group found that 61 percent of HR managers and corporate recruiters anticipate more hiring in the first half of 2016 as compared to the second half of 2015. In the next six months, 17 percent of companies surveyed plan to hire 30 percent or more professionals, up five percentage points from the prior year.

Despite these upbeat reports on companies expecting to hire this year, other recent reports say lack of talent, especially in the U.S., could thwart or at least tamp down hiring plans.