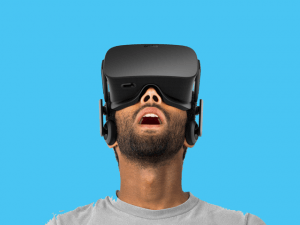 September 6, 2016 – Despite popular belief, 41 percent of Gen Z’s say corporate offices are their workplace preference, according to a global study released today by Future Workplace, an HR executive network and research firm dedicated to the future of learning and working, and HR services company Randstad US, which recently acquired Monster Worldwide for $429 million.

As a follow-up to a previous study conducted two years ago, the ‘Gen Z & Millennials Collide @ Work’ report focuses on the impact of the Gen Z group entering the workplace for the first time and how Millennials are engaging with them.

A Desire for Collaboration

“Despite the introduction and proliferation of new technologies at work, Millennials and Gen Z value the in-person communication that comes with a traditional corporate office much like older generations do,” said Dan Schawbel, research director at Future Workplace. “At the same time, they also seek flexible hours and telecommuting that two-thirds of companies still fail to offer.” Companies that want to successfully recruit, retain and grow their young talent workforce must look to more to corporate culture as a competitive advantage moving forward, he added.

“One of the most pervasive themes from this year’s global study is Gen Z’s propensity and desire for collaboration,” said Jim Link, chief human resources officer (CHRO) at Randstad North America. “Whether it is in a corporate office, at home or in a coffee shop, Gen Z workers prefer collaborative work environments.” In fact, the study found that global Gen Z workers named ‘co-workers who like to collaborate’ as the type of worker who would help them do their best work, second only to co-workers who work as hard as they do.

“Furthermore, more than half (54 percent) of Gen Z’s said the people they work with is the top workplace attribute that enables them to do their best work,” Mr. Link continued. “Companies seeking to be an employer of choice must leverage the collaborative revolution taking place and provide the technology, tools and processes that facilitate and encourage it.”

Additional findings from the survey include:

Younger generations want more social media integration at work, but admit it is also their biggest distraction. Globally, the technologies that Gen Z and Millennials want their employers to incorporate into the workplace include: social media (41 percent), wearables (27 percent) and virtual reality (26 percent). While they want to embrace social media, 46 percent of both generations also agree it is their biggest distraction from getting work done, with text messaging (39 percent) and email (31 percent) following closely.

They want to work in the technology sector. Both Gen Z and Millennials are most interested in working in technology (45 percent) and education (17 percent). Both groups are least interested in insurance (three percent), energy and utilities (three percent) and telecommunications (four percent). Almost half (49 percent) of Gen Z and Millennials said they intend to work in their current industry for their entire career, compared to 31 percent who said they won’t.

The annual performance review is vanishing. The annual performance review is coming to an end as more Gen Z and Millennials are receiving feedback either daily (19 percent), weekly (24 percent) or “regularly” (23 percent), instead of annually (three percent). In the U.S. specifically, 28 percent of Gen Z and 17 percent of Millennials receive feedback regularly.

Millennial managers struggle to navigate the corporate environment. In addition to stress and why Millennials crave in-person collaboration, Millennials named “corporate politics” as one of the biggest obstacles that could get in the way of work performance. Additionally, only 27 percent say they are extremely well prepared to work in a team environment or rate their personal skills as “very good.”

According to the recent ‘Millennials In the Workplace’ survey released by the Futurestep division of Korn Ferry, 38 percent of Millennials said that “visibility and buy-in to the mission and vision of the organization” were the top factors in selecting a new workplace. Another 26 percent cited work/life balance as a key factor in choosing their next employer.

“It’s clear that Millennials want to know what their organization stands for and how they can impact the company’s mission,” said Jeanne MacDonald, Futurestep president of global talent acquisition solutions. “Bosses of other generations who feel they show their own worth by working long hours need to understand this is not the case for Millennials and respect their time on and off the job.”

Smooch S. Reynolds, an executive recruiter with DHR International, says Millennials generally value experience over being able to pay the bills; they’re unwilling to sacrifice their personal lives for their professional lives; and they’re social beings (but not social in the normal sense) that like to emphasize digital.

“This demographic is intensely aware of their value to employers based on their age, experience and skill sets,” said Jennifer Jones-Mitchell, chief insights officer for Pinpoint Market Research and head of global marketing for Anderson Jones PR. “They know what they want from their jobs and they aren’t afraid to hold out until they get it. HR leaders need to consider structuring office environments around work / life balance and professional development if they want to attract the top-tier talent.”

Check Out These Related Articles On Millennial Hiring: