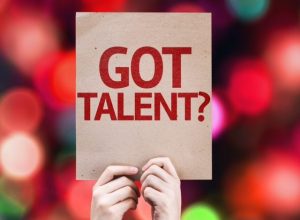 June 17, 2016 – The inadequate supply of qualified and skilled talent is the second-biggest threat to U.S. companies’ ability to meet revenue or business performance targets, second only to “increased competitive pressures,” according to the Randstad ‘U.S. Workplace Trends’ report. Meanwhile, increasing turnover rates are exacerbating the challenge, with four-in-10 companies (41 percent) indicating their turnover rate increased in the last year.

With a tightening labor market comes greater competition for hard-to-find talent, and greater efforts to lure workers away from competitors with better job offers. In fact, survey respondents named ‘talent being recruited by competitors’ as the top reason behind their turnover, and 70 percent report their employees’ decisions to leave are primarily due to receiving a better offer elsewhere.

Even with the low U.S. unemployment rate and improving job creation, wages have remained largely stagnant in the last decade. Despite the signs that companies may need to increase salaries to recruit and retain top talent, most have kept their wages the same. Only one third of companies have increased their salaries in the last 12 months, while six-in-10 companies (60 percent) have kept them the same as they were 12 months ago.

Despite little upward movement in salaries, companies acknowledge that wage increases can greatly improve turnover. Respondents named ‘salary increases’ as the most effective program at decreasing turnover rates, followed by opportunities for advancement and bonuses.

“The reality is inflation-adjusted wages for typical workers have barely budged in the past five years,” said Jim Link, chief human resources officer (CHRO) of Randstad North America. “The lack of wage increases plaguing the country’s labor market has allowed companies to contain costs and regain capital, however the honeymoon appears to be over. According to our survey findings, the increasing turnover rates and recruiting difficulties among companies can be directly attributed to the absence of wage growth.”

This has led to workers feeling they need to change jobs to get a decent pay raise.

According to a study released by Penna, 48 percent of employees claimed the main reason for a job change was that they were searching for better pay and benefits. Of those, the survey found that employees aged 18 to 24 were the most likely to be planning a move this year, while 25 percent of those aged 25 to 34 are considering leaving their posts.

Many Positions Left Unfilled for Longer

Companies continue to struggle with open positions and vacancies that are difficult to fill, and remain unfilled for lengthier periods of time. On average, companies report they are currently 13 percent understaffed, according to the Randstad study. Meanwhile, HR decision-makers report the average time-to-fill a non-executive position is 2.6 months and five months for leadership or executive talent.

“Often the challenge for hiring executives isn’t the quantity of available candidates, instead it’s the increasing difficulty in finding talent that is qualified, with the right skills and cultural fit for the position,” said Mr. Link. “In fact, our study found that three quarters of HR decision-makers agree that compared to last year, it is taking more time to find the right talent to fill positions.”

What Are Today’s Job Candidates Lacking?

When it comes to specific industries or level of talent, the Randstad study identified the five most challenging positions to recruit and hire for today: information technology workers, executive talent & leadership, sales & marketing professionals, engineering workers, and manufacturing & logistics staff.

“People are the key factor linking innovation, competitiveness and growth for companies today,” said Mr. Link. “But securing skilled workers is getting more complex and challenging than ever before. As organizations further increase their hiring activity, low unemployment means business leaders will have to work harder at hiring and keeping quality talent particularly as employees gain more options and confidence to change employers. This year’s Workplace Trends study underscores the importance of not only hiring the right people from the start, but ensuring they remain engaged and satisfied on the job.”

While employers are tasked with finding the right talent to meet their company’s expectations, many are expanding their recruitment channels as a way to improve efforts. When asked to identify which method they most often used, HR decision-makers named ‘staffing / recruitment firms’ as a top recruitment method (51 percent) that is the most effective. Working with staffing partners to source and recruit talent locally and nationwide helps businesses tackle the important realm of talent recruitment, which means more job opportunities for candidates.

Still, companies generally continue to point to talent shortages and the lack of candidates with the right skill sets.