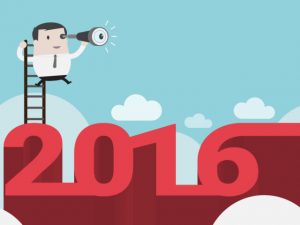 July 22, 2016 – Hiring managers in the U.S. are prepared to hire more professionals in the year ahead, but the current recruitment environment won’t make their job easy.

Nearly two thirds (62 percent) of hiring managers intend to hire more professionals in the next six months, according to the semi-annual hiring survey by DHI Group, a provider of data, insights and careers for specialized professional communities. But while more hiring is anticipated, the time to fill a position is taking longer than ever as recruiters across a variety of industries — and in healthcare and technology in particular — struggle to find qualified talent. It’s a refrain we’ve heard often in the past 18 months.

DHI’s proprietary Job Vacancy Index reached an all-time high of 29.3 working days in April (its latest data available), demonstrating that jobs are staying open longer than any time since tracking began in 2001. These highly-elevated vacancy spells are even more pronounced in healthcare, where positions remained open more than 49 days on average in April, the longest of any industry, and seven days more than financial services positions which are the second longest to fill.

“Hiring managers broadly, and those in technology and healthcare specifically, find it increasingly difficult to find candidates with the right combination of skills to fill positions,” said Michael Durney, president and CEO of DHI Group. “The recent vote by citizens in the U.K. will likely have an impact on U.S. hiring decisions in the near term and future, further lengthening the time to fill roles as global employers navigate this new landscape.”

According to the most recent labor report, healthcare employment rose by 58,000, with increases occurring in ambulatory healthcare services (+19,000) and hospitals (+15,000). The technology sector was not broken out.

There are a combination of factors contributing to the current challenging recruiting environment. Nearly a third (31 percent) of those who recruit for a variety of professionals and 46 percent focused on healthcare said they are waiting for the perfect match to fill a role. This is not the case in technology, where telecommuting is more prevalent and only 18 percent of tech-focused recruiters hold out for the ideal prospect. One way to deal with the challenge, more hiring managers (53 percent) are broadening their searches geographically to find the best talent.

Other studies have been equally optimistic with regards to hiring, no matter what else seems to be happening on the American political scene or over in the U.K., following that country’s vote to cut trading ties with the European Union and set its own course.

Eighty-four percent of HR leaders in the U.S. say they are hiring for full-time positions, according to the recent report by recruiting services company LaSalle Network. The survey also found that 70 percent of respondents feel optimistic about the economy for the remainder of 2016. Leaders within the healthcare, technology, and education industries were more optimistic about their hiring plans.

“The economy is strong and has been strong for a while,” said Tom Gimbel, LaSalle Network founder and chief executive officer. “Companies are hiring and investing resources into their businesses again, especially in high growth sectors like technology and healthcare.”

“On average, the U.S. has added 200,000 jobs each month over the last two years, and we expect the remainder of 2016 to produce similar results, if not better,” said Matt Ferguson, CEO of CareerBuilder.

According to the ‘Hiring Outlook: Strategies for Adapting to a Candidate-Driven Market’ report released by The Execu | Search Group, 66 percent of employers plan to hire additional staff this year.

“As the job market continues to improve we are hearing from clients that it’s becoming increasingly difficult to both find and retain high-quality employees,” said Edward Fleischman, chairman and CEO of The Execu|Search Group. “Compounding the problem, we’re seeing a disconnect between what employees want in a job and what employers believe they want in workers.”