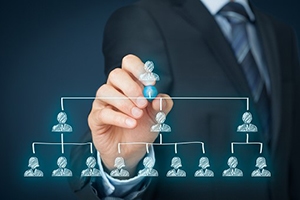 January 26, 2018 – Executive recruitment firms have made a number of top leadership appointments this past year, many focused on strategy, growth, branding efforts and operations.

The latest: Chicago-based Quick Leonard Kieffer has named Steven M. Derks as its president and CEO. He takes over from Roger Quick, who will now serve as vice chair.

“We are delighted to welcome Steve to our firm and are confident his leadership will help us build on what we have established at Quick Leonard Kieffer,” said Mike Kieffer, chairman, and Mr. Quick, in a joint statement. “Steve believes deeply in our values of doing great work for our clients, assembling a top notch team of professionals that can find talent and discern great fit and ongoing learning so we continue to add value for our clients and candidates.”

Mr. Derks brings over 25 years of executive level leadership and experience to his new role. From 2012 to 2017, he served as president and CEO of the Muscular Dystrophy Association (MDA), the iconic voluntary health association known for its Jerry Lewis MDA Labor Day Telethon and summer camps for kids. In this role, he led an aggressive reorganization and rebranding to help reposition the $160 million non-profit. Before that, he was CEO of the American Cancer Society’s Illinois division.

In addition, he joined with David Bernauer, then chairman and CEO of Walgreens, to help found CEOs Against Cancer. He also launched the Discovery Ball, now a $3 million per year black-tie event that funds cancer research, patient services, education and advocacy. Mr. Derks is also a co-founder of Horizons for Youth, a Chicago scholarship and mentoring program that serves 250 at risk children each year.

“I believe my professional and civic work as well as my education and training are prelude to this next chapter serving clients to find great leadership talent for life-saving and life-enhancing missions,” said Mr. Derks.

Quick Leonard Kieffer specializes in executive and board search for hospitals and health systems, academic medical centers, associations and professional societies, life sciences and medical device as well as large non-profits and foundations. The firm was established in 1999.