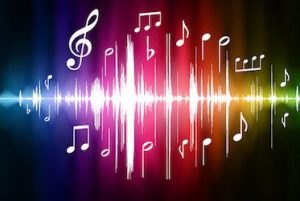 Following a rigorous recruitment process, Soundstreams determined that an insider who possessed intimate knowledge of every facet of the company, and who had more than three years of experience under his belt with the organization, made the best suited candidate to lead Soundstreams into its 34th season. Since joining Soundstreams in 2013, Mr. Dietschi has been responsible for developing key partnerships and strategic initiatives, and expanding funding and programming opportunities.

“From Metcalf fellow, to outreach programs manager, to associate director of external relations, Ben has proven himself to be an invaluable member of the Soundstreams team,” said Soundstreams’ artistic director, Lawrence Cherney. “Ben combines outstanding qualities rarely found in an arts administrator. He has a deep understanding of artistic issues through his performing background and a real talent for bringing long-term vision to the minutiae of everyday business. It’s a powerful combination that will strongly lead us to new levels of achievement.”

“During his recent tenure as interim general manager, Ben led the company through the second half of one of the most demanding programming seasons in Soundstreams history,” said Soundstreams’ board co-chair Daniel Weinzweig. “We are lucky to have had him during this important period of growth for Soundstreams.”

In addition to having spent three years in key roles at Soundstreams, Mr. Dietschi earned degrees in music performance and composition from Brandon University and the University of Toronto. Shortly after completing his education he toured internationally as a saxophonist with the jazz ensemble, Tunnel Six. Shortly after launching the indie new music company Spectrum Music in 2010, Mr. Dietschi was granted a highly coveted fellowship with the Metcalf Foundation.

Launched by media professionals more than 14 years ago, Searchlight Recruitment focuses exclusively on the recruitment of executives within the media and entertainment sectors. Its clients include NBC Universal; Viacom; Turner; Warner Brothers; Cartoon Network; and Cineflix; among others.

According to recruiters, at least half of all job openings are filled by internal candidates before they’re ever introduced to the public job market— suggesting, perhaps, that companies have relatively reliable bench strength even though leadership development is seen as stagnating at many companies. The main reason given: companies prefer to promote from within.

According to a recent Hunt Scanlon Media executive leadership poll powered by Mullin International, internal candidates know the business model, organization goals and inside cultures and oftentimes they have the requisite skills required. They know the customers, clients, and fellow co-workers. They also have established relationships with colleagues and their organization’s leaders — but, more importantly, they have already demonstrated their potential. They can, therefore, assimilate faster and will be likely more satisfied in their new roles than outside hires.

Competition for top jobs can be fierce, however, and internal candidates are often put up against all sorts of rivals before given the nod. Spencer Stuart recently assisted in the placement of Mark Pritchett as president and CEO of the Gulf Coast Community Foundation. After a five month search that considered 309 potential candidates, the Foundation and search committee decided to hire from within – selecting Mr. Pritchett to fill its top post after an exhaustive man (and woman) hunt.