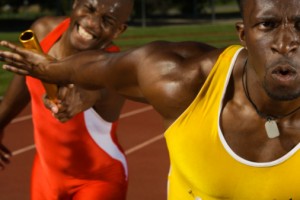 February 8, 2016 – According to recruiters, companies continue to struggle in their attempts at succession planning. Seventy-four percent of HR leaders have identified leadership succession and speed of development as the primary internal challenges they face, according to a survey by talent solutions provider Lumesse and research company Loudhouse. The identification of tomorrow’s leaders is crucial to mitigate against the loss of critical talent in the future, something that 73 percent of respondents said is the biggest threat to their business over the next 12 months.

As a result, succession planning and leadership development are among some of the fastest growing talent management solutions on offer from leading global search firms, including Egon Zehnder, Russell Reynolds Associates, Spencer Stuart and Heidrick & Struggles. DHR International recently expanded its recruitment platform with the addition of a leadership advisory service business as it seeks to offer a more holistic approach to the talent management challenges of its clients.

Just recently Spencer Stuart was retained by Aircraft parts maker Spirit AeroSystems Holdings Inc. to lead its search for a new chief operating officer. The firm is interviewing candidates for the position as part of a succession plan for chief executive officer Larry Lawson. Mr. Lawson, who will turn 58 in March, has not yet determined his plans with the company, but his current contract ends in April, say sources.

Spirit AeroSystems is one of the world’s largest independent producers of commercial aerostructures. Its core products include fuselages, pylons, nacelles and wing components. The company has long-term agreements in place with customers, including Boeing and Airbus.

The aviation and aerospace sectors are facing a shift of economic power away from traditionally dominant markets such as North America and Europe to faster-growing markets such as the Middle East, India, Southeast Asia and China.

Spencer Stuart has completed more than 1,500 aviation sector searches over the past decade for high-profile clients, ranging from venture-backed startups to multibillion-dollar corporations. Positions filled include CEOs, presidents/COOs and other general managers for many of the world’s leading airline, airport, aerospace and aviation-related businesses. The firm recently recruited an executive director for Los Angeles World Airports (LAWA).

Check Out These Related Articles On Airline Industry Recruiting: