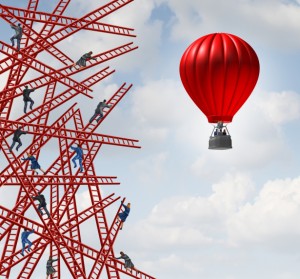 February 29, 2016 – La Quinta’s naming of Keith Cline as company president and chief executive officer is the latest in a running catalog of completed CEO searches that have resulted in the winning candidate coming from the CFO slot. Korn Ferry took on the search last fall after Wayne Goldberg stepped down from the post in September.

“After a broad and thorough search involving a significant number of highly accomplished executives, the board believes that Keith’s strategic vision, brand experience, team building acumen and his ability to execute make him the right person to lead the company’s future,” said Mit Shah, chairman of the board of directors. “The board is confident that Keith and his executive team will optimize the performance of the La Quinta brand to drive long term growth and enhance shareholder value.”

Mr. Cline has strong public company and brand leadership experience across a number of diverse consumer industries and has served as La Quinta’s interim president and CEO since the September announcement by Mr. Goldberg.

He joined the company in 2013 as EVP and chief financial officer and helped lead the company through its initial public offering. Prior to joining La Quinta, he served in a variety of executive and senior leadership roles at Charming Charlie, Express, The J.M. Smucker Company, FedEx Custom Critical, and L Brands.

According to executive recruiters specializing in financial officer search mandates, CFOs are fast-tracking into CEO roles with increased frequency and predictability.

“Boards tend to see two people with regularity: the CEO and CFO. Boards want people with outstanding external communications skills, strategic orientation and comfort with the balance sheet to become CEO — all skills possessed by great chief financial officers,” said Peter Crist, chairman of executive search firm Crist | Kolder Associates. It might be why, he said, that many really strong CFOs now aspire to become CEO.

“The CFO is, in the vast majority of public companies, viewed as the No. 2 executive to the CEO,” said Mr. Crist’s colleague, Scott Simmons, a Crist | Kolder managing director. “The CFO has a unique vantage point to see the entire enterprise and interact with the board of directors. If a CFO has operational knowledge and truly understands the underpinnings of the business, not just the numbers, then he or she will and should be seen as a legitimate CEO succession candidate.”

“If a CFO truly wants to become a CEO, he or she must have the right motivation for doing so,” Korn Ferry CEO Gary Burnison told CFO Magazine recently. “The ambition shouldn’t be driven by ego or by an assumption that moving up is the next logical step in a career that has been marked by continual advancement.”

Mr. Burnison said the process begins with the self-awareness needed to move beyond what is comfortable and develop a requisite broader array of leadership strengths. Mr. Burnison served as CFO at Korn Ferry before taking the CEO reins.

Mr. Burnison outlined five key building blocks for what he calls the most important predictor of CEO success — learning agility:

“Of these five, CFOs are strongest in results agility and are comparable to CEOs in self-awareness, while CEOs have an edge in mental agility and in change agility,” said Mr. Burnison. “The most noticeable gap for CFOs is in people agility. Developing that is a crucial aspect of right-brain leadership that CFOs will need to develop to move into the CEO role.”

“When I was an operating officer and a CFO, I could be one of the guys,” said Mr. Burnison. “I was even allowed to have a bad day once in a while. Then I became the CEO. Suddenly, people were reading my mood as if it were tea leaves. I wasn’t speaking just for myself anymore. I represented a position and an institution. Motivating and inspiring people, displaying optimism in the face of challenges, and being highly attuned to others took on great importance.”