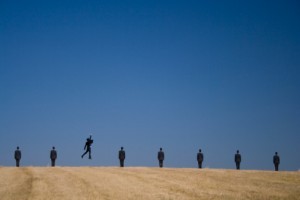 January 25, 2016 – Organizations are at risk of losing key talent by failing to recognize their potential or doing little, if anything, to develop it, according to a recent survey released by Penna Plc, providers of executive search and interim management services across the public and private sectors.

The report, which surveyed 1,000 employees and 1,000 managers, found that a mere 13 percent of employees described their organization as doing a lot to recognize potential, with the result being that valuable talent has either gone to waste or left the business (estimated at around 23 percent in the past 12 months).

A significant number of employees surveyed (71 percent) said that they would be more likely to stay with an organization that recognized their potential, yet almost a quarter (24 percent) had no idea whether or not their company thought they had what it takes.

A possible explanation is organizations’ lack of formal processes for recognizing potential, highlighted by more than a third of employees (37 percent). Also, when potential is recognized, only 23 percent of employees said that there had been any investment in developing their skills.

The issue is not that managers don’t see the value and business benefit of recognizing potential. The vast majority (81 percent) surveyed regarded developing potential as fairly or extremely important, while half (50 percent) recognized that failing to do so can lead to staff disengagement, high staff turnover and recruitment costs (43 percent) as well as decreased productivity (34 percent).

But nearly a third of managers (31 percent) feel they lack senior management support in identifying employee potential; a quarter say it isn’t considered a business priority (25 percent), and there isn’t the right development programs in place – so there isn’t any value in identifying it in the first place (24 percent).

The problem, though, seems to run deeper than that. Penna’s research revealed that many organizations don’t even have the basics in place. Nearly a third (30 percent) of managers admit that their organization has no single definition of what potential actually is and no real way of assessing it – as many as 79 percent of managers said that they didn’t have proper assessment processes or tools in place to spot potential.

Also, it seems that organizations are looking in the wrong place for potential, or certainly not in enough places: 25 to 34 year olds appear to be the focus of attention for 62 percent of managers, which means that large swathes of today’s four-generation workforce are being overlooked, in favor of Millennials.

Organizations need to take a more disciplined and systematic approach to identifying potential, she added “Many have future leaders sitting under their noses but just can’t see it or they go elsewhere to find it,” said Ms. de Valk.

Instead, she said, organizations need to have a clear definition of what potential actually looks like, a clear way of measuring it, and link this to appropriate development interventions to ensure potential is optimized. “Given the criticality of recognizing potential to ensuring competitive advantage, businesses can’t afford not to,” she said.

High potential employees are gaining importance among companies that realize what they can bring to the table. “They give every company they join a distinct competitive advantage because they think differently than everyone else,” said Hunt Scanlon Media founding CEO Scott A. Scanlon.

“High-performers are the most critical component of a successful transformation, yet this remains the largest single regret that company executives in failed transformations hold: They didn’t move faster to bring in high-performers and move out those under-performing or resistant to change,” said Jason Hanold, CEO and managing partner of Chicago-based Hanold Associates. Mr. Hanold specializes in placing CHROs for client companies.

“Organizations undergoing transformation create the ideal scenario for the very high-performing talent they hope to attract,” he said.

When discussing what companies can do to attract high potential employees, Mr. Hanold said that hiring managers at all levels need to spend time thinking about why they joined their company, and most importantly, why they stay with their company. “Be prepared to authentically and transparently communicate how you derive meaning and purpose from your profession and company. Understand the motivators and drivers of the top-talent you seek to attract,” he said.

According to the ‘Real World Leadership’ study released recently by Korn Ferry, 41 percent of high-potential leaders are not active in driving change.

A separate Korn Ferry study also found that 47 percent of executives say their organizations do not offer leadership development programs. Within the HR role, the survey found that nearly half of respondents (48 percent) say members of the HR function are not considered for high-potential programs and 58 percent say there is no succession plan for the CHRO.