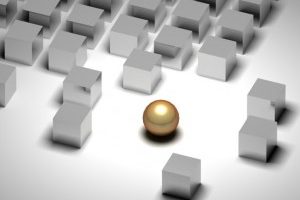 April 20, 2016 – Egon Zehnder has assisted in the placement of internal candidate Brad Banducci as the new chief executive officer of Woolworths. The Australian supermarket giant had been without a CEO since last June when Grant O’Brien retired.

“We undertook a rigorous international search process to find the best person to rebuild the Woolworths business and return it to sustainable growth,” said Mr. Cairns. “While there were several strong candidates, the board was unanimous that Brad was the strongest of the field.”

Mr. Banducci was previously managing director of Woolworth’s food group and director of its liquor business from 2012 through the first quarter of 2015. He joined the company in 2011 after its acquisition of the Cellarmasters Group, a direct wine retail and production company. He was CEO of Cellarmasters the previous four years. Prior to this, he was chief financial officer and director, and later a non-executive director, at Tyro Payments and a VP and director with The Boston Consulting Group, where he was a member of its retail practice for 15 years.

“Brad has had 25 years in retail, including 15 years consulting to some of the world’s leading retailers, as well as private equity experience in retail. He has had five years with Woolworths, including his role in leading the growth of Woolworths Liquor Group,” said Mr. Cairns. During this time he was instrumental in the development of Dan Murphy’s, one of Australia’s great retailers. “This makes him uniquely positioned for this role. He clearly understands the Australian market, has a total commitment to our customers, and a great track record of growing valuable businesses and developing his people.”

According to recruiters, at least half of all job openings are filled by internal candidates before they’re ever introduced to the public job market — suggesting, perhaps, that companies have relatively reliable bench strength even though leadership development is seen as stagnating at many companies.The main reason given: companies prefer to promote from within.

And even for those searches that go to recruiters to manage, with a clear mandate to look wide and deep both inside and outside a client organization, internal candidates surface more often than you think, and get the job about 20 percent of the time. Recruiters say clients generally like to be seen as making bold moves, but at the end of the day many remain risk averse when it comes to hiring elite executives, especially into their highly protected upper leadership ranks. They therefore look at insiders as safer bets.

Knowing this mindset going in, recruiters say they advise their clients that have an inside candidate who is 70 percent as strong as an outside choice to hire the insider. Fit and culture seem to be the deciding factor.

“There is a greater risk when you bring somebody in from the outside that it won’t work out,” said Kathleen Yazbak, founder of Boston-based Viewcrest Advisors, a boutique search firm focused on finding leadership talent for mission-driven and high-performing companies, social enterprises and philanthropies. Ms. Yazbak is a former recruiter for Heidrick & Struggles, Whitehead Mann, and Ridgeway Partners.

Competition for top jobs can be fierce, however, and internal candidates are often put up against all sorts of rivals before given the nod. Spencer Stuart recently assisted in the placement of Mark Pritchett as president and CEO of the Gulf Coast Community Foundation. After a five month search that considered 309 potential candidates, the Foundation and search committee decided to hire from within – selecting Mr. Pritchett to fill its top post after an exhaustive man (and woman) hunt.

External hires, by contrast, typically bring fresh perspective, and most likely bring skill sets not found within the company’s leadership ranks. External hires bring creativity, vision, innovation and change. But, say recruiters, they typically cost more than insiders and may need longer adjustment periods to integrate with other leaders — two things most companies might rather do without.