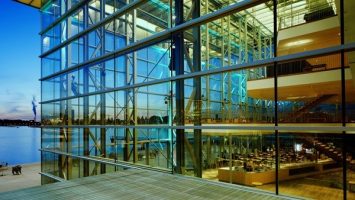 Previously, Ms. van der Meulen served as a managing director at ZRG Partners. Prior to that, she served as a vice president at Ken Clark International.

“As Pedersen & Partners steps into its 17th year of operations with 56 offices, our team in Amsterdam is thrilled to be part of the firm’s continued growth,” said Ms. van der Meulen. “We are excited to introduce this truly international executive search firm with its unique competence in emerging markets to the Netherlands. We are privileged, and honored, to launch Pedersen & Partners here.”

As the financial and business capital of the Netherlands, Amsterdam is currently ranked as one of the best European cities in which to locate an international business. It is ranked fifth in this category and is only surpassed by London, Paris, Frankfurt and Barcelona. Many large corporations and banks have their headquarters in Amsterdam, including Akzo Nobel, Heineken International, ING Group, ABN AMRO, TomTom, Delta Lloyd Group, Booking.com and Philips. Since the 16th century, shipping, fishing, agriculture, trade, and banking have been leading sectors of the Dutch economy.

Pedersen & Partners has recently expanded its footprint in various parts of the globe:

Just recently, it named Shavikesh Goel as principal and head of its Indo-German business. Mr. Goel is an experienced management consulting and executive search professional, with a career spanning over 17 years, during which he has serviced clients on a variety of projects in attracting leadership talent and providing solutions across functions and industries.

The firm just appointed Thorsten Otremba as a client partner and head of its automotive practice. Mr. Otremba has over 15 years of global in-depth expertise in executive search, with a particular focus on the automotive, manufacturing and engineering sectors.

In June, the firm also named Jan Großmann to its German team as a client partner and head of consumer products and retail. Mr. Großmann has a wealth of expertise to the firm, with more than three decades of substantial management and leadership experience in the executive search, FMCG, retail, and media industries, and numerous completed cross-border assignments in executive search, executive assessment and board services.

Just recently, Pedersen & Partners added Paola Gutierrez Velandia to its Madrid team as head of board services for Iberia and Latin America. She has over 16 years of market leading expertise in working with a wide range of clients and key stakeholders in the areas of corporate governance, board services, shareholder engagement, and public affairs across Latin America, U.S., MENA and Central Europe.

The firm also named Frank Behrendt as a principal and head of its financial services practice group in Africa. Mr. Behrendt is an emerging markets specialist and has originated and executed senior level searches for banks and financial institutions across Asia Pacific while based in Singapore, and Pan-Africa from London and Johannesburg.