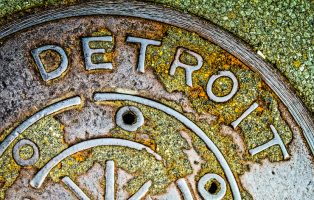 May 20, 2016 – Stanton Chase International has opened a new office in Detroit to serve its corporate clients in the manufacturing, automotive, commercial vehicle, and defense industries. Rich Kolpasky, a veteran search consultant and former senior executive in the automotive sector, will head up the office as managing director.

In addition to his expertise in the automotive industry, Mr. Kolpasky also has experience in a variety of other sectors, most notably the defense industry, which has a major presence in Michigan. Prior to joining Stanton Chase, he served in various positions with Korn Ferry and Boyden. Before his career in executive search, he was a senior-level executive within the Tier I automotive segment and held positions in engineering, program management, operations, sales & marketing, and general management.

Mr. Kolpasky was president of North American Seating for Faurecia SA and president of Global Fluid Carrying Systems for TI Automotive. He also has experience in the defense sector as both a soldier and as a civilian professional. He was a commissioned officer in the U.S. Army Field Artillery and is a graduate of the Field Artillery Officer Basic and Advanced Courses. Following his military service, he was a principal with Booz Allen Hamilton and was involved in numerous ground-based R&D programs as an engineer and program manager.

“It is a distinct pleasure to welcome Rich to the Stanton Chase family,” said Daniel Casteel, regional vice president, North America for Stanton Chase. “With the opening of this office, Stanton Chase becomes one of the few global search firms with an office in the area. Rich has deep contacts in the business community and will be a great asset to us as he helps Midwest companies build their senior leadership teams.”

“As a friendly competitor over the years, I have always been impressed with the Stanton Chase business model and its global footprint,” said Mr. Kolpasky. “The collegial atmosphere and entrepreneurial spirit among the offices are particularly impressive, since the goal is to always find the finest executives to lead clients into the future.”

Stanton Chase has made a handful of additions to its staff in recent months:

Check Out These Related Articles On Search Firms Focused On Detroit: