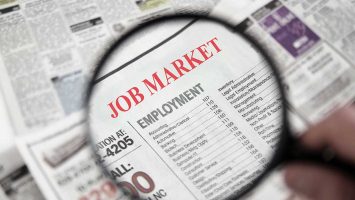 January 9, 2017 – Employers added 156,000 jobs last month as the U.S. unemployment rate rose slightly to 4.7 percent, according to the most recent U.S. Bureau of Labor Statistics report. During the month, the number of workers unemployed also increased to 7.5 million. December marked the 75th straight month of job growth in the U.S.

These most recent data comes a month after the unemployment rate fell to its lowest standing in nine years. The latest report also follows the addition of 178,000 jobs added in November.

“While job growth has slowed somewhat, this is likely more due to a shortage of qualified workers rather than a lack of confidence among business leaders,” said Sal Guatieri, a senior economist at BMO Capital Markets.

The unemployment numbers from President Obama’s final full month in office was a huge turnaround from January 2009 when he took office. At that time, the unemployment rate stood at 7.8 percent.

“I can’t imagine a bigger contrast between the economy that President Obama inherited and the economy that President Obama is about to hand off,” said Secretary of Labor Thomas Perez. “The major piece of unfinished business in this recovery is to make sure the wind that’s hit our back results in shared prosperity for everyone, and not just prosperity for a few.”

Job growth took hold in a number of broad industries. Here’s a look at some of the most important key sectors:

Many Sectors Looking to Hire

About one in five employers, or 19 percent, anticipate increasing staff levels in the first quarter of 2017, according to the latest ‘Manpower Employment Outlook Survey,’ released today by ManpowerGroup.

When compared with the final quarter of 2016, nationwide hiring activity is slightly stronger in the financial activities and durable goods manufacturing sectors.

“This a positive sign for job seekers and the economy at the start of 2017,” said Kip Wright, senior vice president, Manpower North America. But not all skills are created equal. “We continue to see significant differences between industries and employers demanding increasingly specific skills to fill positions. Ensuring people can prosper and businesses can compete depends on developing a U.S. workforce that is prepared for the jobs of today, tomorrow and the future.”

With many states raising their minimum wage, earning are on the rise. According to the Bureau of Labor report, average hourly earnings grew 0.4 percent month-over-month, which was better than the 0.3 percent expected. It was also a significant improvement from the 0.1 percent decline in November. On a year-over-year basis, average hourly earnings climbed by 2.9 percent, which is the fastest pace of growth since June 2009.

“The big surprise, and what we found really reassuring, is the bump up in hourly earnings,” said Beth Ann Bovino, chief U.S. economist at Standard & Poor’s. “We’re starting to see signs that people are going to get more money in their paychecks.”

However, according to some recent reports, wages are expected to slow in 2017. A forecast just issued by the Hay Group division of Korn Ferry reveals that in the U.S., a three percent salary increase is predicted. Adjusted for the 1.1 percent inflation rate, the real wage increase is 1.9 percent.

According to a survey released by Willis Towers Watson, pay raises for U.S. employees are expected to hold steady at three percent in 2017. The survey also found that employers will continue to reward their best performers with significantly larger pay raises as they look for ways to retain their top talent and strengthen existing pay-for-performance cultures.