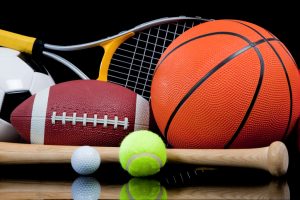 July 10, 2017 – Athletic directors are playing an increasingly vital role at colleges and universities across the country. With the expansion of athletic departments and, for the larger schools, the infusion of big dollars for sports, more schools have turned to search firms when such positions become open. Too much is at stake, they feel, to go it alone. What’s more, the AD job has come to demand greater business and management skills than the typical academic search.

Most recently, Atlanta-based Parker Executive Search was selected by the University of New Mexico (UNM) to lead its search for a director of intercollegiate athletics. Paul Krebs retired at the end of June after 11 years as vice president of athletics. Daniel Parker, Parker’s vice president and managing director, is heading the assignment.

While no contract is in place, sources said, UNM’s agreement with Parker is believed to be for about $50,000, not including logistical costs such as flights, lodging and expenses for any candidate interviews the firm might conduct itself.

UNM’s director of intercollegiate athletics is responsible for planning, administering, and directing all of the school’s NCAA Division I intercollegiate athletic programs for men and women. The individual ensures that all athletics programs are in compliance with NCAA and Mountain West Conference rules, regulations and policies. The AD also makes sure that all programs and initiatives are integrated and effective in supporting the overall mission, goals and objectives of the institution.

“Lobo Athletics are a source of pride for all of New Mexico, so the right leader is very important for us,” said UNM’s interim president, Chaouki Abdallah. “I’m especially interested in continuing the academic success of our student-athletes.”

Later this month, Hunt Scanlon Media will present its first ever roundup of leading recruiters in the sports & entertainment field. It is one of the most explosive growth areas in executive search. If your firm belongs on this roster, please connect with us so you don’t miss out. We’re looking for 50 trailblazers!

“We look forward to the expertise the search committee will bring to the review process for this very important position,” said Robert M. Doughty, president of the UNM board of regents. “We will continue to provide updates to the campus as we progress through the search process.”

Athletic director searches are some of the most prolific assignments in the sports sector to come to recruitment firms in recent years. Here’s a sampling of recent AD assignments from the Hunt Scanlon Media archives: