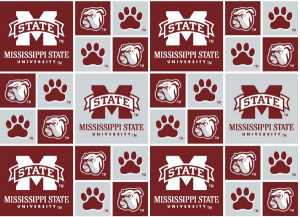 The current MSU head baseball coach and two-time Southeastern Conference Coach of the Year replaces Scott Stricklin, who was named athletic director at the University of Florida in September.

Mr. Cohen will take over an athletic department that has recently achieved new heights in athletic, academic, facility and fundraising accomplishments. As athletic director, he is charged with providing leadership, management and administration for the university’s athletic programs.

Mr. Cohen has spent over two decades coaching college baseball and has been the head baseball coach at MSU since 2009. In July, he was given the title of associate athletic director, broadening his role in the MSU Athletic Department. His promotion to athletic director comes after a national search by the university.

“We conducted an exhaustive national search and in that process interviewed some of the nation’s very top athletic department administrators,” said Mark E. Keenum, president of MSU. “But after reviewing those outstanding candidates, it became clear to me that John Cohen’s undeniable record of aggressively pursuing championships both as an MSU player and head coach positioned him best to continue the dynamic legacy of growth and accomplishment that MSU athletics has enjoyed in recent years. John understands that trajectory and has been an integral part of it – and he can move the Bulldog family forward united.”

“I love Mississippi State University,” Mr. Cohen said. “As a student, later as a coach, and now with this fantastic opportunity to lead MSU’s athletics program, this was always where I wanted to be. I am profoundly grateful for the chance to lead the totality of MSU athletics as I have tried to lead MSU’s baseball program – in daily and dogged pursuit of championships at the highest level.”

Mississippi State University’s 16 athletic teams are known as the Bulldogs, which was adopted in 1961. They compete in Division I of the NCAA and the western division of the 14-member Southeastern Conference (SEC). The Bulldogs have garnered a total of 28 conference championships (14 SEC).

The firm recently recruited David Benedict as athletic director at the Universtiy of Connecticut. It also placed Mark Jackson as director of athletics at Villanova University as well as Jennifer Cohen as the new AD of the University of Washington (UW). A UW spokesperson said the school paid the search firm $105,000 for its role in generating leading candidates and seeing the search process through to completion.

Mississippi State is just one of an expanding number of schools turning to executive search firms to find athletics directors. Here’s a sampling of recent assignments from the Hunt Scanlon Media archives: