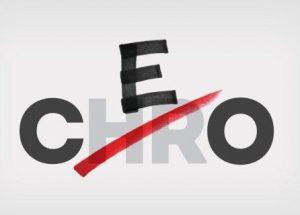 November 17, 2016 – In partnership with CEOs, chief human resource officers (CHROs) are playing increasingly critical roles to ensure companies win the war for talent and maximize employee motivation across the globe, according to the ‘Executive Monitor’ report newly released by search firm Boyden.

Boyden’s report, “The Rise of the CHRO,’ explores the many challenges CHROs face on their paths to earning respected roles in the C-suite and boardroom. In addition, it also looks at the need for CHROs to develop close working relationships with their CEOs and to demonstrate their value as key leaders with the ability to align human capital strategy with the company’s business strategy spearheaded by the chief executive.

“The war for talent will continue to intensify and CHROs are key drivers to ensure the right strategic environment is in place to maximize talent motivation,” said Jörg Kasten, chairman of Boyden and managing partner for Germany. “Conversely, companies that do not have HR executives at the C-level will face serious strategic economic and cultural problems. It’s imperative for CEOs to treat their HR executives as equal partners.”

Just as the best finance or marketing executives are expected to be creative and transformational, “great companies also need HR leaders to solve problems that stand in the way of the business, rather than inhibiting organizations with rigidity,” said Jim Harmon, a Boyden managing partner in Canada.

To examine the future prospects of the CHRO, one must first understand the evolution of HR as a discipline. For as long as the function has existed, its influence has been inexorably linked with the economy and related labor market conditions. The tumultuous history of HR reflects the uneven progress the function has made and the effects of an unpredictable economy on talent management at large.

The HR discipline was initially established as ‘personnel’ at a time when employees were considered a business expense and a liability. While times and attitudes have changed, and employees are now seen as assets worthy of investment, ghosts of these underlying assumptions can still be felt, said the Boyden report, and the function’s perceived value within an organization is not always clear among the C-suite, board and employees alike.

CHRO: Successor to the CEO

In this ‘Talent Talks’ podcast episode, Jason Hanold, CEO and managing partner of Hanold Associates, a specialist boutique focused on HR officer search and board recruiting, discusses with us the CHRO’s rise to the C-suite and the CEO / CHRO relationship. For all the value that those who occupy the chief human resources officer seat have brought to their companies over the years, it is only now that the role has begun to claim the fullest respect and attention of top leadership. Listen Now.

“Over time the function has moved from soft skills to a much more analytical and data-driven approach,” said John Lucas, SVP of global human resources and CHRO at The Goodyear Tire & Rubber Company. “For those that are comfortable in the numbers there has never been a better time to be an HR practitioner. The key is to align the human capital strategy with the business strategy. Managing human capital effectively will help organizations execute their strategic plans.”

With the advent of big data and predictive analytics, you now have the ability to establish a comprehensive workforce plan which feeds succession planning and the talent acquisition process, he said, “particularly for those critical talent segments that ultimately determine the organization’s success in the marketplace.”

“Gone are the days when people in this role are seen as the keepers of the administrative people functions,” said Alan Guarino, vice chairman in the CEO and board services practice for Korn Ferry. Today’s effective CHROs are clearly part of the executive teams that develop and execute business strategy, he said.

“Increasingly, the CHROs that we work with own the talent solution side of the business, aligning talent workstreams to drive the business toward the organization’s objectives. Companies where the CHRO focuses on this strategic set of responsibilities are positioned to gain the upper hand, because they are likely to better execute their strategies.”

Even with recognition of the CHRO’s value increasing and the market reflecting the need for these individuals, challenges are ever-present for those within the discipline. The issues affecting senior HR practitioners are numerous and complex.

“Compensation and representation on executive committees often differs among CHROs and other relatively new C-level or equivalent titles, such as CMO or CIO,” said Sébastien Froidefond, CHRO and member of the executive committee at beauty products manufacturer Coty, Inc. These benchmarks vary significantly from company to company, and largely depend on the level of support, company strategic agenda, and buy-in that the HR function receives from C-level colleagues and the board of directors, he noted. 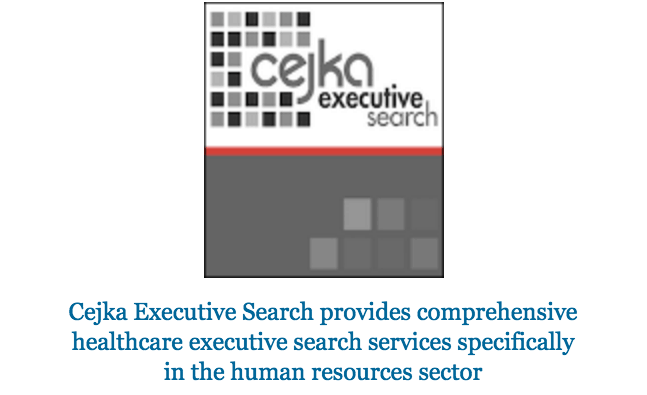 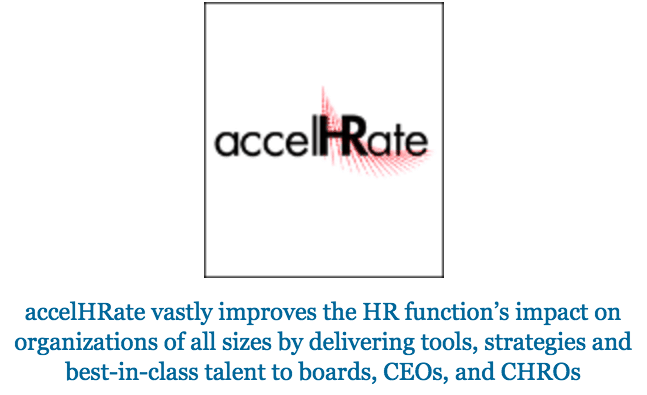 Partnership That Matters Most

Increasingly, CEO buy-in and proactive support are driving forces behind all meaningful change within an organization. In the CHRO’s journey, the importance of the CEO relationship cannot be underestimated, concluded the Boyden report.

A successful CHRO supports his or her CEO by serving as a coach, mentor and sounding board through difficult decisions. Acting in this role, CHROs must position themselves as partners and constructive challengers, and establish a relationship of trust. Helping the CEO build a high-performing and cohesive executive leadership team is pivotal to the success of the business, and a critical element of the CHRO role.

Jason Hanold, CEO of HR search specialist Hanold Associates, takes the partnership one step further. “Not only will the bond grow tighter between the CEO and CHRO, but I believe there is going to be an added purpose to that connection and that relationship.” He said that we will continue to see more chief human resource officers being groomed and prepared to be the successor to today’s CEO. “That adds another dimension to the vitality of this expanding relationship.”

However, a study just conducted by McKinsey and The Conference Board found that despite the level of partnership often developed between the two, when it comes to choosing the most important roles in a company, CEOs give CHROs a low ranking because, though they are believed to perform well in their specific functions, there are concerns that they do not understand the broader business workings and wider company objectives.

A criticism often heard is that some CEOs believe the CHRO is still preoccupied with processes and rules, though this assessment applies less to CHROs who have successfully established credibility. This outdated perception can result in the CHRO not being viewed as a strategic partner able to contribute to the overall company vision and direction.

However, where there is a successful partnership and the CHRO has transitioned into a more strategic and business-focused contributor, the CEO is more inclined to elevate the position. In a study conducted by the Henley Centre for HR Excellence, CEOs believe that with their support, CHROs can expand their focus beyond the HR function to encompass a broader company perspective.

Doing so allows them to act as an efficient and effective interface between the internal company, executive players, and the external landscape. This is crucial to identifying and developing talent at all levels with both the current climate and future developments in mind. Having an external perspective and understanding the competitive landscape and market dynamics is an area where CHROs are developing greater capability, which is highly valued by CEOs.

“It’s very clear that the CEO / CHRO relationship is of paramount importance when considering the fact that a change of CEO will, as statistics prove, often prompt a change of CHRO”, said Lisa Gerhardt, global leader of Boyden’s consumer / retail and human resources practices.

“This is much more common than in any other function with a new CEO appointment, either internal or external,” she said. “The need for a trusted partner who will act as a confidante as well as the conscience of the business gives a new CEO impetus to choose his or her own HR leader.”

Of great importance in the expanded role of the CHRO is acting as a key ally to the CEO, said Mr. Guarino. “As a trusted advisor, the CHRO can tell the CEO what he or she needs to know: Is the CEO having the intended impact as a leader? Is the right executive talent in place? Is the culture productive and emerging—or is it in danger of becoming toxic and demoralizing?”

Without leveraging such deep insights on talent, leadership, and culture, he added, “a CEO may find that even exceptional technical solutions are not being implemented—or are being implemented out of sync with rapidly changing global markets.”

“CHROs should serve as a sounding board for CEOs and ensure that their input sheds a somewhat different light in decision making,” said Kristen Smit, Boyden board member and managing partner in France. “The CHRO must be able to have a clear and strategic vision of the road ahead, as projected by the CEO, in order to be able to anticipate the obstacles he or she will encounter on the journey.”

According to the University of Pennsylvania’s Wharton School of Business, there are increasing instances of title inflation associated with top HR roles. The practice arises from a company’s need to acknowledge good work and give employees a sense of advancement and accomplishment, generally in lieu of monetary recognition, such as a bonus or raise.

This has only made HR’s climb more difficult. While the most senior leader of a company’s HR function is among the most important in the C-suite, the relatively new incidence of the CHRO title does not help to elevate perceptions of the position or the importance of the function. Today, the majority of senior leaders within the HR function do not carry the title of CHRO, but rather some variation of human resources head, lead, senior vice president or similar corporate title.

The CHRO’s journey has been longer and more complex than that of many of their C-level peers, according to recruiters specializing in the function. Perhaps this explains the robust depth and breadth of literature available on the changing role of the CHRO and the human resources function.

But there are many reasons why, in the current hiring and economic environment, the CHRO is a central and indispensable player. Increasingly, as intellectual capital and the ‘human element’ become the biggest factors by which companies differentiate themselves, attracting and retaining top talent and cultivating human capital has become one of the highest priorities for senior leaders. Aside from the need to build and maintain strong teams, eliminating time and resource waste on on-boarding and off-boarding activities goes a long way toward cutting costs and maximizing profits.

A report by Deloitte, ‘Disrupting the CHRO: Following in the CFO’s Footsteps,’ compares the transformation of the CHRO role to that of the chief financial officer in years past. Once a quiet back room function, HR is becoming an essential driver of business success, based on its practitioners’ understanding of ‘people’ dynamics.

The CFO’s rise to the right hand of the CEO came about based on environmental factors, including greater sophistication in financial instruments, and relatedly, more abundant regulation; greater access to global capital markets; and greater speed of information, transparency and external scrutiny. Similarly, market conditions are driving the imperative for companies to place greater importance on CHROs and their broadening capabilities for value creation.

“HR used to be about processes and controls. Now, it needs to be about driving business results,” said Matthew Burkley, CEO of Genscape and former CFO of ThomsonReuters. “The challenge of the transition is that a lot of HR people try to ‘talk the talk’ about building talent strategies, but they inevitably retreat back to their comfort zone and want to implement some new system or process.” 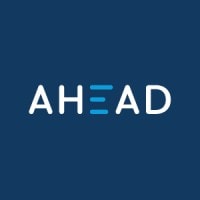