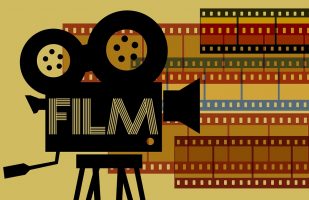 Throughout her 12-year tenure there, she was responsible for the organization’s day-to-day operations and long-term strategic management. The organization received numerous awards, including a 2015 Fractured Atlas Arts Innovation Award for OntheBoards.tv, a 2013 William Dawson Award from the Association of Performing Arts Presenters for Programmatic Excellence and Sustained Achievement in Programming, a 2011 Mayor’s Arts Award, and a 2006 Stranger Genius Award for Outstanding Arts Organization.

Prior to joining On the Boards, Ms. Wilke was managing director at Consolidated Works: A Contemporary Arts Center in Seattle, associate curator at Tacoma Art Museum, and public information specialist and curatorial assistant at Arthur M. Sackler Gallery/Freer Gallery of Art at the Smithsonian Institution.

“On behalf of the entire SIFF board of directors, we couldn’t be more pleased that Sarah has agreed to leave a job she loves in order to join SIFF as its new executive director,” said Brian LaMacchia, president of SIFF’s board of directors. “This is an exciting time for our organization; SIFF is experiencing consistent upward growth and we are about to conclude another record year. The board looks forward to supporting Sarah as she continues SIFF’s mission to bring the best of the world of cinema to Puget Sound and beyond.”

“I have been incredibly lucky in my life that I have been able to be in places that I love working, in areas that are engaging intellectually to me,” said Ms. Wilke. “I am very excited to get to join SIFF, a strong organization I have enjoyed as an audience member since moving to Seattle in 2001. I look forward to furthering SIFF’s role within the film community in Seattle and beyond.”

“Congratulations to SIFF on the appointment of Sarah Wilke as executive director,” said Rebekah Lambert, vice president of Arts Consulting Group. “Sarah’s unique artistic and cultural background makes her the ideal leader to advance the organization. Her dedication to and knowledge of the Seattle arts and culture industry will play an instrumental role in SIFF’s future success, both locally and within the film industry at-large.”

Just recently, Arts Consulting Group completed the executive director position for Marathon Center for the Performing Arts in Ohio by recruiting Heather Clow to the organization’s top post. Ms. Clow has been part of the leadership team of the Lebanon Opera House in Lebanon, NH for the past 15 years.

Other film and music organizations have been turning to executive search firms in recent months to find new leaders. Here’s a look at just a few: