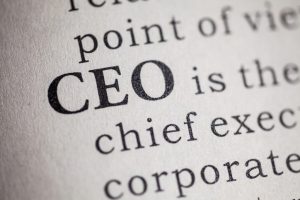 August 9, 2017 – Odgers Berndtson has placed Stephen Cornish as chief executive officer of the David Suzuki Foundation. A highly respected non-governmental organization, the foundation seeks to conserve the environment and find solutions to create a sustainable Canada through science-based research, education and policy work.

Based in Vancouver, British Columbia, Mr. Cornish will join the organization in November. He succeeds Peter Robinson, who served as CEO for almost a decade. Currently, Mr. Cornish is executive director of Doctors Without Borders/ Médecins Sans Frontières Canada (MSF).

Odgers Berndtson Vancouver partners Elaine Grotefeld and Esther McGregor co-led the assignment. “We are delighted to have helped the foundation to secure an outstanding leader in Stephen Cornish,” said Ms. Grotefeld. “Over the last 30 years, the David Suzuki Foundation has developed into a strong and capable force for change, and we are excited to see Mr. Cornish bring his vision, experience and commitment to this important role.”

Mr. Cornish has worked for five years with MSF, where he has overseen significant change, including strategic growth through the improvement of public recognition of MSF in Canada, growing the number of staff by 40 percent to support field operations globally and increasing revenue-generating activities by 76 percent. He has also held senior leadership positions with CARE Canada and the Canadian Red Cross, and was named one of the top 30 charity CEOs on social media in 2016.

Mr. Cornish is also a board member of Youth Challenge International and an honorary board member of Canadian Physicians for the Environment. He holds a Bachelor of Arts degree with high honors from Carleton University and a master’s degree in global risk & crisis management from Université de la Sorbonne, and is fluent in French and Spanish.
Mr. Cornish is optimistic about his new role. “It’s an amazing opportunity,” he said. “Over my career, I’ve been driven by the need to reduce suffering and to contribute toward social and environmental progress. This iconic Canadian organization truly has the power to affect significant change in this country, and well beyond.”

The David Suzuki Foundation board of directors felt that Mr. Cornish had the ingredients to make a great leader for the organization moving forward. “We are pleased that Stephen has accepted this opportunity,” said chair Peter Ladner. “He possesses the full range of skills necessary for a smooth transition into the next chapter of the foundation’s story. It’s vital to have someone of Stephen’s caliber guiding the organization toward its urgent environmental impact goals.”

David Suzuki, who co-founded the foundation with his wife Tara Cullis more than 25 years ago, said Mr. Cornish will fit in well with the group’s overarching principle of interconnectedness. “Just as diversity in nature is crucial for our survival, so it is within an organization, within a movement,” he said. “We feel proud the foundation is able to attract the kind of talent that Stephen demonstrates. The issues facing us are more grave than ever and we need the continuity of strong leadership.”

Ms. Grotefeld helps early-stage and high-growth companies recruit top leaders. She specializes in clean tech, technology and sustainability and has more than 17 years of international executive search experience from working in the U.K., Asia-Pacific and North America. Following eight years with IBM in London and Vancouver, Ms. Grotefeld started her recruitment career in Hong Kong, by helping international technology companies set up or expand in Asia-Pacific.

Ms. McGregor specializes in recruiting senior executives in the public and non-profit sectors in Western Canada. With more than 15 years of executive search experience in the BC market, she has led many senior level searches for local and provincial governments, crown corporations and healthcare and educational institutions.