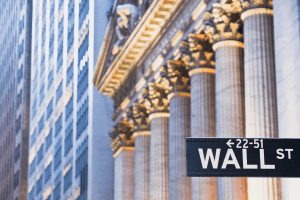 The Los Angeles-headquartered executive recruiter and leadership consultant — the largest in the Americas as ranked by Hunt Scanlon Media — recorded fourth quarter revenues of $406.1 million, a 1.6 percent revenue increase when compared to $399.9 million during the same quarter a year ago. The growth was primarily attributed to increases in fee revenue in the North America region of its executive search and Futurestep business segments. The results exceeded the predictions of analysts surveyed by Zacks Investment Research, who expected revenues of $405.3 million.

“I am pleased to report record fee revenue of $406 million and strong profitability,” said Gary D. Burnison, CEO of Korn Ferry. “With continued momentum in all business lines, we achieved the highest fiscal year fee revenue in our firm’s history – up 20 percent year over year. There is notable runway in this market for broader talent offerings. We continue to benefit from strong demand for our holistic approach – from our anchor executive search offering to organizational advisory services, leadership development, compensation and rewards and more. As we increasingly extend our brand, broaden our solutions and attract top talent to our firm, Korn Ferry is well-positioned for the future.”

During the quarter, Korn Ferry continued to repurchase shares in the open market with cumulative share repurchases of 1.1 million since the company began repurchasing in October 2016, representing a reduction of approximately two percent of outstanding shares of common stock. It also declared a quarterly dividend of $0.10 per share on June 20, 2017 payable on July 14, 2017 to stockholders of record on June 30, 2017.

Recently, Korn Ferry announced several key leadership changes in multiple areas, which the company said further positions it for growth and expansion. As the integration of Hay Group is substantially complete, the firm has appointed Mark Arian as this business segment’s new CEO. Mr. Arian was recently recruited from EY, where he served as a managing principal.

May Knight became country managing director for Korn Ferry Hay Group. She is based in the company’s Hong Kong office. Ms. Knight brings 25 years of experience from operational and consulting roles in Asia and Europe. She was previously managing director, financial services, Asia Pacific at Accenture.

To further expand Korn Ferry’s product development and management capability, Andrew Huddart has been brought on board as president of its global productized services segment. To fully leverage the company’s global products business, Mr. Huddart will report to Byrne Mulrooney, who continues to serve as CEO of Futurestep. Mr. Huddart was recruited to Korn Ferry from Deloitte Consulting’s human capital group, where he served as managing director.

As Korn Ferry enjoys growth in Asia Pacific, it has now created a chief operating officer position to provide additional support for the region. Current chief marketing officer and Korn Ferry Institute president Mike Distefano will assume this newly created role. Mr. Distefano will move to Shanghai from Los Angeles and work closely with Charles Tseng, president of Asia Pacific, to manage and grow the its business in the region.

Korn Ferry has added Patrick Walsh to its global industrial search practice. He will be based in the company’s Minneapolis office. Mr. Walsh joins Korn Ferry from Spencer Stuart, where he was a leader and significant contributor to the firm’s growth in Minneapolis and the industrial market worldwide.

Kenmare Capital Partners raised its stake in shares of Korn Ferry by 304.9 percent during the last quarter. The fund owned 208,917 shares of the company’s stock after buying an additional 157,317 shares during the period. Korn Ferry accounts for approximately 4.7 percent of Kenmare’ investment portfolio, making the stock its 9th largest position. It owned approximately 0.36 percent of Korn Ferry worth $6,148,000 as of its most recent filing with the SEC.

Other institutional investors have also recently added to or reduced their stakes in the search firm. Envestnet Asset Management boosted its position in Korn Ferry by 17.6 percent in the fourth quarter. It now owns 4,979 shares of the company’s stock valued at $147,000 after buying an additional 744 shares in the last quarter. Capstone Investment Advisors also purchased a new position in Korn Ferry during the fourth quarter valued at $915,000.

Several equity analysts have recently weighed in on the company: Zacks cut Korn Ferry from a “buy” rating to a “hold” rating in a report in February. TheStreet upgraded the firm from a “hold” rating to a “buy” rating in a recent report. Five analysts have rated the stock with a hold rating and two have assigned a buy rating to the company. Korn Ferry currently has a consensus rating of “hold” and an average target price of $30.

Assuming worldwide economic conditions, financial markets and foreign exchange rates remain steady, Korn Ferry expects revenue in the range of $382 million to $400 million for the fiscal first quarter. Analysts surveyed by Zacks expected revenue of $386.2 million. Korn Ferry shares have increased 15 percent since the beginning of the year. In the final minutes of trading upon release of its revenues, shares hit $33.72, a rise of 50 percent in the last 12 months.