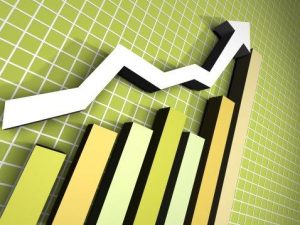 April 28, 2017 – Executive search firm Isaacson, Miller posted revenues of $31.3 million last year, a 19.5 percent rise from the previous year, according to the latest statistics report soon to be released from Hunt Scanlon Media. The firm currently has 92 consultants working from Boston, San Francisco, Washington, D.C., and its newest office in Philadelphia.

A nationally recognized search concern focused on recruiting transformational leaders for mission-driven organizations, Isaacson, Miller has conducted some 5,600 placements over 34 years. This year it was once again recognized as one of the top 50 search firms in the Americas as ranked by Hunt Scanlon Media.

“We were extremely pleased with our performance in 2016,” said Vivian Brocard, president. “While higher education continues to make up the greatest portion of our business, we also saw strong growth in our healthcare and advancement practices and good activity throughout the civic sector. To maintain our growth trajectory, we’ve added three partners over the past year as well as a number of associates.”

In September, Ericka Miller rejoined Isaacson, Miller as a partner in the firm’s Washington, D.C. office. An expert in K-16 education and education policy, she previously left the firm to become the vice president for operations and strategic leadership at the education trust, leading the day-to-day management of the $15 million national education research and advocacy organization. After being nominated by President Barack Obama to be assistant secretary for postsecondary education in the U.S. Department of Education, Ms. Miller served as senior advisor to secretary of education Arne Duncan. She has held leadership roles in a number of mission-driven organizations, both as a staff member and a board member, and she began her education career as a teacher and scholar.

Patricia Hastie joined Isaacson, Miller last April, bringing more than a decade of executive search experience focused on both the clinical and research sides of healthcare. Prior to entering executive search, Ms. Hastie spent 20 years in private practice as a psychotherapist specializing in trauma and large-scale disaster response. She is a founding partner of Globalislocal, a foundation of women leaders investing in the sustainable empowerment of women and children living in extreme poverty. She is located in the firm’s new Philadelphia office.

Also in April, Ms. Brocard assumed her current role as president of the firm. She joined Isaacson, Miller in 2003 following nearly 20 years of executive search experience in business and technology. She has served on the firm’s executive committee since 2010. During her tenure, Ms. Brocard has built a highly regarded national search practice focused on leadership roles in higher education, healthcare, and research, with particular expertise in engineering, science, and technology. While serving as president she will continue to serve of counsel on a select number of executive search assignments. She replaced Elizabeth Ramos, who held the presidency post at Isaacson, Miller from 2013 until late last year.

“Our firm has doubled in size in just six years as we continue to serve the growing needs of the civic sector. There is some uncertainty regarding the impact that proposed funding cuts will have on future hiring activity, particularly in healthcare, education and research,” added Ms. Brocard. “But we’re optimistic about our outlook for the remainder of this year and beyond.”