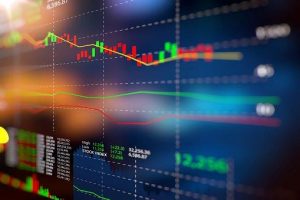 The company’s European and Asia Pacific regions drove first quarter revenue growth, with revenues up 12 percent and 11.9 percent, respectively. Revenues in the Americas inched up 5.1 percent during the quarter.

The Chicago-headquartered recruiting concern recorded net income of $0.7 million, or three cents per share, compared to earnings of $1.3 million, or seven cents per share, last year. “We are pleased with first quarter growth in revenue and profitability. Our executive search business showed solid results and has an improved backlog going into the second quarter,” said Krishnan Rajagopalan, Heidrick’s acting president and CEO. “We continue to invest in consultant talent to drive future growth. Leadership consulting continues to grow in size and significance, though it will show quarter to quarter variability in results as it continues to scale.”

Culture shaping started off the year slower than Heidrick had expected, he said, “but our team remains confident in the growth potential for culture-related offerings.” He noted that year-over-year improvements in operating income and adjusted EBITDA reflect the increase in revenue without a corresponding increase in expenses.

During the quarter, Heidricks’ CEO Tracy Wolstencroft announced he would take a three month medical leave of absence. Mr. Rajagopalan was appointed as acting CEO. He most recently served as an executive vice president and managing partner based in Heidrick’s Washington, D.C., office and is a member of its executive committee. Heidrick board chairman Richard Beattie said the company was fortunate to have an interim successor who is “well suited to take on the role of acting CEO,” and that its board and management team “have complete confidence in his ability to lead” the company forward.

In its struggling segment, Heidrick recently named Ian Johnston as managing partner for its culture shaping business for Europe, the Middle East and Africa. Mr. Johnston has been a senior leader of culture shaping in the European region for the past 15 years, serving most recently as partner. He is known for enabling CEOs to lead with vitality, vision and clear purpose, working with clients to ensure that their organizations are strategically viewing culture in times of uncertainty.

Heidrick said upon the release of its Q1 revenues that its board of directors had declared a quarterly cash dividend of $0.13 per share. Looking ahead, the firm is forecasting second quarter 2017 consolidated net revenue of between $153 million and $163 million.

“Heidrick’s brand, influence and position in the global marketplace have never been stronger,” said Mr. Rajagopalan. “Leveraging our current platform, we intend to expand our impact in executive search and to strengthen and grow our leadership consulting and culture shaping service offerings.”

Heidrick & Struggles shares have risen 11 percent since the beginning of the year. In the final minutes of trading yesterday, shares reached $26.75, a climb of 10 percent in the last 12 months.