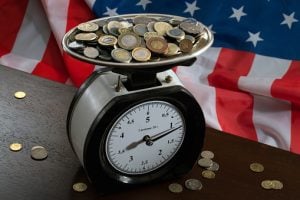 “We were pleased with our financial results for the first quarter, particularly our international staffing operations and Protiviti,” said Harold M. Messmer Jr., chairman and chief executive officer of Robert Half. Return on invested capital was 29 percent during the quarter, he noted.

While the U.S. economic environment is largely stable, and the job market is strong, the hiring cycle remains uncharacteristically long as employers take more time to make hiring decisions, said Mr. Messmer. “Recent reports show a noticeable improvement in optimism about U.S. economic prospects, which should shorten the hiring cycle and benefit our business.”

During the quarter, Robert Half was again ranked first in its industry on Fortune’s list of “World’s Most Admired Companies.” The company has appeared on the publication’s “Most Admired Companies” list each year since 1998. “We are honored,” said Mr. Messmer. “The dedication of our global teams to customer service excellence is reflected in this recognition, and we are proud of their commitment to their clients and the job seekers they place.”

Robert Half top management remains confident of performing well moving forward, given the solid labor market and stable economic landscape. The company said it expects a reduction in the hiring cycle which will, in turn, boost the company’s profitability. Robert Half expects revenues in the range of $1.275 to $1.335 billion for the second quarter. In addition, it projects earnings in the range of 61 to 67 cents per share.

Robert Half shares have declined nearly six percent since the beginning of the year, while the Standard & Poor’s 500 index has increased five percent. In the final minutes of trading upon the release of its earnings, shares reached $45.91, rising slightly in the last 12 months.