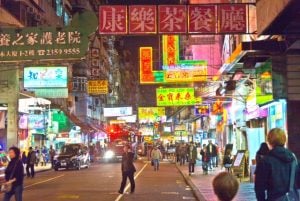 Ms. Knight brings to the firm over 25 years of experience from operational and consulting roles in Asia and Europe. Before joining Korn Ferry Hay Group, Ms. Knight was managing director, financial services, Asia Pacific at Accenture. There, she served as Asia Pacific insurance management consulting lead, responsible for its insurance industry group (life, non-life, reinsurance) management consulting, which spans across 17 markets across the region. She was responsible for developing and executing the firm’s insurance industry strategy and guiding the development of client relationships. Prior to that, she was a partner Ernst & Young’s advisory practice, leading its strategy, customer & growth and digital solutions for Asia.

Ms. Knight has strong business ties in Hong Kong. “She brings a wealth of consulting and leadership advisory experience to Korn Ferry Hay Group,” said Tharuma Rajah, managing director of Korn Ferry Hay Group, Asia Pacific. “Given her deep experience and relationships with the financial community across Asia Pacific and globally, we are now in a better position to grow our business in this market segment.”

The Hong Kong market has again held on to its ranking as the most economically free market in the world, according to the Fraser Institute, while a study by the Milken Institute found that the Sichuan provincial capital of Chengdu has the best economy of any city in mainland China; Shanghai and Tianjin came second and third. In Shanghai, China’s financial hub and a global finance center, employers expect to grow staffing levels in a number of industry sectors and all nine regions, according to a recent Manpower employment index report. In Japan, Tokyo employers report the region’s most optimistic hiring plans and expect the strongest hiring in more than six years.

A growing number of executive search firms have expanded in the booming Hong Kong market. Here’s some recent examples from the Hunt Scanlon Media archives: