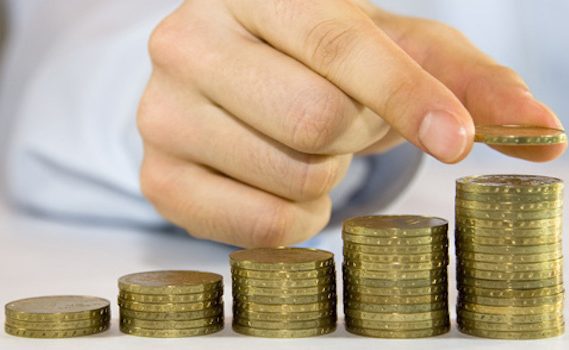 December 7, 2016 – Korn Ferry (NYSE:KFY) has posted 2017 fiscal second quarter revenues of $401.9 million, a 43.2 percent increase compared to revenues of $279.3 million a year ago. Wall Street expected revenues of $395.4 million. The growth was primarily due to increases in fee revenue in Hay Group and the company’s Futurestep segments.

Executive search revenues at Korn Ferry were essentially flat at $156.2 million. Revenue generated from Hay Group, which was acquired in the third quarter of fiscal 2016, was $188.8 million, compared to $73.6 million. The quarter-over-quarter increase is attributed to the legacy Hay Group acquisition. Globally, North America revenues were flat at $92.7 million, Europe decreased five percent to $34.8 million, Asia Pacific fell seven percent to $19.5 million, and Latin America climbed 51 percent to $9.2 million.

Futurestep, the firm’s online recruiting business, saw revenues climb to $56.8 million, an increase of 12.5 of percent, compared to $50.5 million a year ago.

The Los Angeles-headquartered executive recruiter and leadership consultant — the largest in the Americas as ranked by Hunt Scanlon Media — recorded net income of $30.2 million, or 52 cents per share, compared to earnings of $18 million, or 35 cents per share. The results exceeded Wall Street expectations. The average estimate of five analysts surveyed by Zacks Investment Research was for earnings of 57 cents per share.

A ‘More Diversified and Balanced’ Firm

“I am proud of the performance of our firm during the fiscal second quarter,” said Gary D. Burnison, chief executive officer of Korn Ferry. “After acquiring Hay Group 12 months ago, we’re now a much more diversified, balanced firm – with half of our revenue mix coming from organizational and talent advisory services and the other half from talent acquisition solutions.” He noted that the synergies and investments made during the calendar year enhanced its performance and provided a platform “to both shape and accelerate” growth at the company.

“Clients are increasingly gravitating to our complete offerings which span recruitment, organizational design, talent strategy, assessment, leadership development, and compensation and reward services,” Mr. Burnison said. “As we enter 2017, we will continue our commitment to building a world-class people and organizational advisory firm.”

Publicly held search firms, namely Korn Ferry and rival Heidrick & Struggles, have seen a flurry of investor activity this year. Hedge funds, in particular, have been acquiring new stakes in both companies, while others have been reducing positions and moving on to other investments throughout the talent management sector.

Teacher Retirement System of Texas boosted its position in Korn Ferry by 2.2 percent in the second quarter. The organization now owns 6,468 shares of the firm’s stock valued at $134,000 after buying an additional 141 shares during the last quarter.

Pacad Investment Ltd. recently bought a new position in Korn Ferry valued at approximately $137,000. The company increased its position in the search firm by 3.8 percent.

PineBridge Investments L.P. now owns 7,264 shares of the company’s stock valued at $151,000 after buying an additional 265 shares during the last quarter.

BlackRock Inc. raised its position in the firm by 172.8 percent during the quarter. BlackRock now owns 9,591 shares of the Korn Ferry’s stock valued at $198,000 after buying an additional 6,075 shares during the last quarter.

Currently, 86.48 percent of Korn Ferry stock is owned by hedge funds and other institutional investors.

A number of analysts have weighed in on Korn Ferry shares. Here’s what they’re thinking:

Robert W. Baird cut their price objective on shares of Korn Ferry from $27 to $26 and set a ‘neutral’ rating on the stock in a research report in early September. One equities research analyst has rated the stock with a sell rating, five have assigned a hold rating and one has issued a buy rating to the stock. The firm has a consensus rating of ‘Hold’ and a consensus price target of $32.20.

For the third quarter, Korn Ferry expects revenue in the range of $370 million to $390 million and diluted earnings per share is likely to range between $0.36 to $0.46. Its shares have declined 18 percent since the beginning of the year. The stock has fallen 26 percent in the last 12 months.

Adding to pressure already being felt in the company’s recruiting business, Korn Ferry is forecasting that workers around the world are expected to see real wage increases of just 2.3 percent in the coming year. In North America, the company’s prime talent hunting ground, salaries are expected to increase more slowly than in other regions, with only a 2.8 percent hike predicted. Adjusted for inflation, that results in just a 1.4 percent increase.