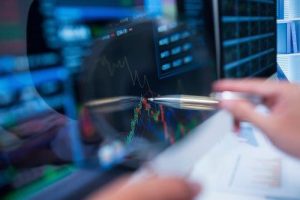 April 26, 2017 – McDermott & Bull posted revenues of $12.3 million last year, a 54 percent rise from the previous year, according to the latest statistics report soon to be released from Hunt Scanlon Media. The Irvine, CA-based search firm currently has 13 consultants across five offices.

“A number of factors contributed to our growth,” said Rod McDermott, co-founder and managing partner. “For the first time in the firm’s 16-year history, we appointed a chief talent officer (the role is held by Le Anne Harper, who previously served as the firm’s VP of recruiting and SVP of operations).” The continued rise of MB Interim Leaders also played a big part in its growth story in 2016. “This emerging business differentiates us in a powerful way, as it gives the firm the ability to provide both permanent and interim executive solutions for current and prospective clients,” he said.

Last year, McDermott & Bull launched its marketing and communication center (MCC), providing various marketing and branding services for the firm and its various practices. “This allowed our search consultants to focus solely on their business development and search execution responsibilities,” Mr. McDermott said. “One of the MCC’s most successful marketing efforts in 2016 was its ‘5 Leaders, 5 Questions, 5 Days’ campaign, which gave our aviation & aerospace practice a platform to form and showcase deep relationships with industry luminaries during EAA’s AirVenture event.”

Mr. McDermott said he remains bullish for 2017, expecting productivity to continue rising. This year, he said, has already started with more assignments than at the same time in 2016. “While we’re not anticipating the same significant growth from 2015 and 2016, we are expecting to grow nicely this year by closing more search assignments at increasing levels of compensation,” he added. “With the formation of McDermott & Bull Europe and the recent acquisition of Amsterdam-based Interconsultants, we now have an established international presence and a team of seasoned consultants who have executed searches throughout North America and Europe.”

But the search firm clearly has its sights set on domestic expansion and it is focused on adding several new search consultants to its team to handle hot and in-demand talent requests in cybersecurity, non-profit, and higher education. It also plans to open more offices throughout the Northwest, Southwest, and East.

The Benefits of Having a Diverse Skill-Set