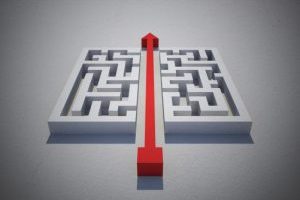 May 3, 2017 – Executive search firm Koya Leadership Partners posted revenues of $8 million last year, a 33 percent rise from the previous year, according to the latest statistics report soon to be released from Hunt Scanlon Media. The firm currently has 40 consultants working from offices in Boston, Chicago, and Los Angeles as well as staff in remote offices across the country.

The firm had one of its best performance years since launching in 2004. Koya expanded its team in 2016 in Chicago, led by managing director Alison P. Ranney, and in Los Angeles, led by Michelle R.S. Bonoan, by adding a number of key consultants. Founding partner Molly Brennan also continued to expand Koya’s footprint in the social justice and advocacy sectors. Searches completed in this area include those for Amnesty International USA and the National Wildlife Refuge Association, among a host of others.

“Koya has been able to maintain its focus on exceptional client service and our mission-driven desire to strengthen the non-profit sector by identifying talented leaders throughout periods of extreme growth,” said founder and CEO Katie Bouton. “In 2017 we expect to see continued growth in higher education, arts and culture institutions, foundations and philanthropy, and the social justice sector.” She said the firm is expanding its client base in key regional markets, including New York, Boston, San Francisco, and Washington, D.C.

Looking ahead, Ms. Bouton said she is cautiously optimistic. “There is a great deal of political uncertainty in the U.S. right now, which will have as yet unknown impacts on our economic climate generally and the non-profit sector specifically. But at the same time, non-profits are experiencing an unprecedented influx of private donations, which will increase their ability to advance their work and create the need for more talent.” As a result, she anticipates an increase in talent for the remainder of 2017, but likely at a modest rate.

In the not-too-distant past, few executive search firms built their businesses around serving non-profit organizations. These days, as the sector expands, well outpacing for-profit enterprise growth over the last decade, non-profits have become one of headhunting’s hottest markets. Working in the sector is finding greater appeal among business leaders and employment opportunities at non-profits are coming just in time for recruiters who have been challenged by dwindling talent pools. In response, recruiters have had to double down in their efforts to better address the needs of their non-profit clients ….. Here’s some further reading from Hunt Scanlon Media.

Why Working for a Non-Profit Might Be Your Next Career Move
Non-profits are viable career paths for top industry leaders. For recruiters, it’s all about credibility. To make the right connections and make successful placements, recruiters in the field need to be embedded in the non-profit sector throughout their careers. Top recruiters need to leverage and tap both the non-profit and for-profit worlds.

Outside of searching for leaders, Koya is also looking to expand its human capital consulting offerings in 2017, including transition and onboarding coaching, compensation studies, pre-hire assessments, executive coaching, and organizational development consulting services.