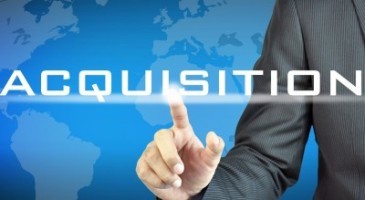 Hay Group, founded 72 years ago, is a global leader in people strategy and organizational performance. It has a portfolio of intellectual property, including several of the world’s most comprehensive management databases.

“This combination will allow Korn Ferry to identify talent – it’s primary business offering – and design compensation and reward incentives,” said Scott A. Scanlon, founding chairman and CEO of Hunt Scanlon Media in Greenwich, Conn. “It is a holistic and more fully integrated approach to the entire leadership and people continuum.” Over 70 percent of the global Fortune top 200 companies use Hay Group today.

“We need a new conversation on people,” said Gary D. Burnison, CEO of Korn Ferry. “That’s why Korn Ferry is combining with the Hay Group – knowing that when people align to a strategy and are developed and empowered to succeed, anything is possible.” Mr. Burnison said the combination will bring approximately 7,000 “of the best and brightest minds of our industry” together “so that organizations around the world may reach their highest aspirations, strategic goals, and ultimate potential.”

“We are delighted to be joining Korn Ferry,” said Stephen Kaye, CEO of Hay Group. “We feel this is the perfect combination of two great firms that will be uniquely positioned to help clients achieve their strategic goals and highest aspirations. In Korn Ferry we have found a like-minded partner committed to enabling stellar business performance through people and organizational effectiveness.” He said we are in the midst of an “extraordinary transformation that will shape the future of work and the global business environment.”

“The move by Korn Ferry to make this acquisition now is further acknowledgement of how recruiting providers have been searching for ways to quantify – and put some science – behind what they do. This does it and it sets Korn Ferry now completely apart from, and ahead of, it’s direct rivals, including Egon Zehnder, Spencer Stuart, Heidrick & Struggles, and Russell Reynolds Associates.”

Korn Ferry will combine Hay Group with its Leadership and Talent Consulting (LTC) business but will brand the combined advisory business as Hay Group. Stephen Kaye, CEO of Hay Group, will continue to serve in this capacity with Korn Ferry.

Under the terms of the acquisition agreement, Korn Ferry has agreed to acquire Hay Group for $452 million, consisting of approximately $252 million in cash, net of estimated acquired cash and after giving effect to estimated purchase price adjustments as described in the Purchase Agreement, and $200 million in the company’s common stock. The completion of the transaction, which is subject to Hay Group shareholder approval, receipt of antitrust clearance and other customary conditions, is expected to close before the end of calendar year 2015.

In connection with the transaction, Korn Ferry has entered into an amendment to its credit agreement with Wells Fargo Bank, National Association which, among other things, provides access to a new $150 million delayed draw term loan facility and reduces the borrowing capacity under Korn Ferry’s existing revolver from $150 million to $100 million. The amended facility will have a five-year maturity. Korn Ferry plans to partially draw down on this facility to finance a portion of the cash consideration.

On a current annual run-rate basis, Hay Group is generating approximately $500 million of revenue and EBITDA, adjusted for historical expenses that will not continue in the combined segment, of almost $40 million. Korn Ferry is targeting annual cost synergies of at least $20 million within the first year of the closing of the transaction with longer-term EBITDA margins of the combined segment of approximately 14% to 18% (operating margins of 9% to 13%). The targeted cost synergies relate primarily to operating efficiencies expected to be realized by leveraging technology platforms and reducing general, administrative and real estate costs. 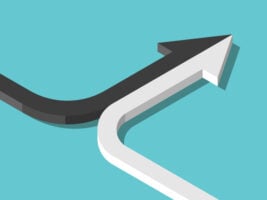