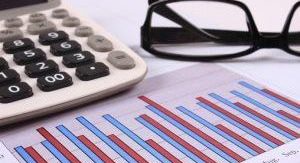 Second quarter net income was $267,000 ($0.13 per share), as compared to a loss of $764,000 ($0.38 per share) in the comparable period a year earlier. The company’s board of directors declared the payment of a quarterly dividend of two cents per share payable to holders of common stock.

“While lower average fees and a slightly lower number of partners during the current quarter put pressure on revenue, this was somewhat mitigated by a growth in search volumes, demonstrating continued strength in the recruitment sector,” said John Wallace, chief executive officer.

“Additionally, the cost-alignment initiatives enacted over the course of the prior fiscal year enabled us to deliver significantly higher profit year-over-year through the first half. We feel positive about the productivity metrics of our partner and supporting teams, and how that has translated into operating profit, and remain bullish about the direction of our firm.” He said Caldwell continues to pursue high-caliber, content-driven professionals to join the firm who will expand its scope of capabilities and market presence.

Nevertheless, this is Caldwell’s second consecutive quarter of negative growth. In January, it reported a two percent dip in business in its first quarter. To stem any further erosion, Caldwell is looking to emerging sectors for expansion, like cybersecurity and life sciences, and assessment services to help give it a distinct advantage among rivals.

In addition, Caldwell appointed Shawn Banerji as managing partner of the firm’s technology, digital and data leaders practice. Specializing in the global technology sector, Mr. Banerji recruits CIOs and CTOs across major industries, including financial services, telecom/technology, retail/consumer, healthcare, industrial/natural resources, as well as media and internet. He also has extensive experience in business process outsourcing, process improvement, and shared services. Most recently, Mr. Banerji was most recently a leader in the technology officers practice, and was a member of the fin-tech practice at Russell Reynolds Associates.

Shares in Caldwell Partners closed down 1.72 percent at $1.14 (Canadian) upon the release of its Q2 figures; it has a current market cap of $23 million, according to Yahoo.

How to Choose Your Executive Search Partner