Stay Connected:
The recruitment firm sets to work to find a replacement for a leader who suddenly stepped down. Among the questions in the air is whether Infosys will choose its next CEO from outside or inside its business. Let’s go inside the latest C-suite search. 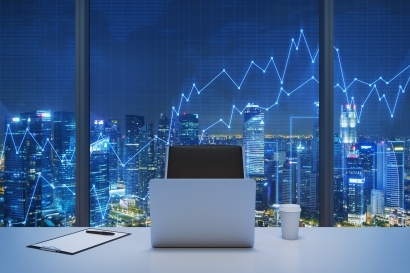 October 4, 2017 – India-based IT company Infosys has appointed Egon Zehnder to work with its nominations and remunerations committee to find its next CEO and managing director.

Heidrick & Struggles International and Korn Ferry also sought the assignment, reaching out to Infosys’s co-chairman Ravi Venkatesan regarding the search, according to reports, but Egon Zehnder prevailed.

“On the CEO search, we will cast a very wide search,” said Infosys co-founder Nandan Nilekani. “We are looking at internal candidates, external candidates and Infosys alumni. We will look at someone who can manage a large corporation, someone who should be able to execute strategy, have a strong appreciation of the cultural transformation being undertaken, have a strong technology prowess and who is able to build and strengthen with all stakeholders,” he added.

For now, independent director and Biocon chief Kiran Mazumdar Shaw will head the nomination and remunerations committee, the panel which will select the successor to Vishal Sikka, who abruptly resigned in August. Mr. Sikka was the first outsider in the company’s history to hold the top leadership post.

Ezayo Just Posted 120 HR Jobs at Deloitte! From learning to leadership, performance management to recruiting, this is your chance to take your career to the next level. People and culture make Deloitte a great place to work. Deloitte culture is all about inclusion, collaboration, high performance, and opportunity. What impact will you make? Check out these 120 HR jobs. Apply Now!

It was Egon Zehnder, in fact, which recruited Mr. Sikka into Infosys. During that search, three years ago, Infosys asked the recruitment firm to prepare a list of external candidates while the company used Development Dimensions International to screen internal candidates.

Shriram Subramanian, founder and managing director of proxy firm InGovern Research, speculated that the company is still sorting out which direction it wants to go in picking its new leader. “The board is taking time probably as it decides whether it wants an internal or external candidate as the next CEO,” he told reporters.

Given the departure of Mr. Sikka, Infosys certainly has much to take into consideration, but nothing more important than which direction to take as it hunts for its new leader.

Over the past several years, more big companies have been choosing CEOs from outside of the company as part of their succession planning, according to a PwC report. This suggests that hiring an outsider is increasingly becoming more of an intentional choice than a necessity.

The majority of companies, however, continue to promote insiders to the CEO position, and the study’s authors believe this will remain the preferred succession planning practice (77 percent insiders versus 23 percent outsiders in 2016). Outsider CEOs, for their part, have caught up and closed a performance gap that the study previously found between outsider and insider CEOs, possibly strengthening the case for recruiting a leader from outside.

A recent online poll conducted by Greenwich, Conn-based Hunt Scanlon Media, “Insiders vs. Outsiders: Which Candidate Type Fits Best, and When?” found that promoting from within remains a preferred way for organizations to address their leadership needs. But when executive recruiters are brought in to openly recruit for vacant positions, they are often given mandates to look wide and deep for candidates, which typically results in the search shifting to a hunt for outsiders.

When asked why internal candidates receive preferential treatment for job openings, 40 percent of the respondents said “knowledge of the organization,” followed by “sensitive to corporate culture” (33 percent), and “demonstrated potential” (27 percent). When asked what primary attributes external hires bring, 40 percent of those surveyed pointed to “innovation,” another 40 percent said “change,” and 20 percent thought that outsiders brought “fresh perspective.” When asked if companies are risk averse when it comes to expanding their leadership ranks with outside talent, a third affirmed that they were.

Recruiters focused on finding talent for the C-suite, however, said that at least half of all job openings are filled by internal candidates before the positions are introduced to the public job market. This may suggest that companies have relatively reliable bench strength even though leadership development is seen as stagnating at many companies. The main reason given: Companies prefer to promote from within.

Recruiters say clients generally like to be seen as making bold moves but in the end many remain risk averse when it comes to hiring elite executives, especially into their highly protected upper leadership ranks. They look at insiders as safer bets. Knowing this mindset going in, recruiters say they advise their clients that when they have an inside candidate who is 70 percent as strong as an outside choice to hire the insider. Fit and culture seem to be the deciding factor.

Internal candidates know the business model, organization goals and inside cultures, say recruiters, and oftentimes they have the requisite skills. They know the customers, clients and co-workers. They have also established relationships with colleagues and their organization’s leaders. But, more importantly, they have already shown their potential. They can, therefore, assimilate faster and will likely be more satisfied in their new roles than outside hires.