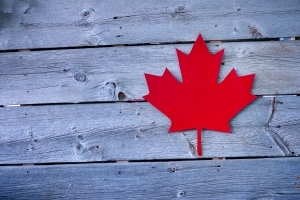 October 5, 2017 – The Bedford Consulting Group has expanded with the addition of John Marshall as partner, covering Western Canada. Based in the firm’s new Vancouver office, he will lead executive search and talent advisory services for clients of all industries in British Columbia, Alberta, Saskatchewan and Manitoba.

Mr. Marshall has over 20 years of experience as a human resources executive. His previous roles have spanned the mining, energy, semiconductor and banking industries. He was the vice president of human resources for New Gold, and also held HR leadership roles with PMC-Sierra, Duke Energy, Westcoast Energy and NatWest Group.

Bedford’s clients in Western Canada face a variety of challenges. “John brings substantial industry knowledge and market experience, which offers him a unique ‘insider’s perspective’ that will better serve clients and help them shape outstanding talent strategies,” said the firm in a statement.

More Women Holding Top Corporate Roles in Canada
Gender diversity at the top of Canadian corporations is coming incrementally, but a tipping point may soon be within sight, according to the 12th annual report from executive search firm Rosenzweig & Company.

The Bedford Consulting Group is one of Canada’s largest privately-held executive search and talent advisory firms. Its services span the spectrum of talent management, including leadership assessment, coaching and development, and compensation advisory, as well as executive, managerial and senior technical recruitment.

Established in 1979, Bedford is the Toronto partner to TRANSEARCH International and has three offices in Canada: Toronto, Oakville (Ontario) and Vancouver, all of which consult with clients throughout North America and globally.

, the executive interim division of Odgers Berndtson, has expanded naming Andrew Dmytryk and Camille Petitti to its Canadian team. With more than a decade of search experience, Mr. Dmytryk joined the firm from a Canadian IT consulting organization called ADGA Group Consultants. He is focused on the expansion of the firm’s executive interim offering.