Menu
View our Events
Stay Connected:
After being acquired by a private equity firm, information services company J.D. Power is seeking a leader who might possibly guide the organization to a public offering. Will it turn to an outsider or one of its own to fill this top leadership post? Let’s take a look. 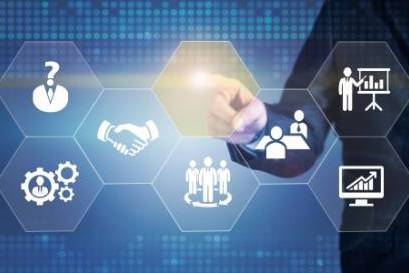 October 17, 2017 – J.D. Power, a global leader in consumer data & analytics and advisory services, said that Finbarr O’Neill, its CEO and president, has informed the company’s board that he intends to retire. The company has enlisted Egon Zehnder to lead the global search for his replacement.

Mr. O’Neill will remain with J.D. Power during the transition and afterward. “In an increasingly mobile and connected world, J.D. Power is poised for even greater growth,” said Mr. O’Neill. “This is a good time for me to hand off to the next generation of leadership. None of the success that we have enjoyed would have been possible without the support and leadership of all the great people across J.D. Power.”

The company was acquired last year by XIO Group, a London-headquartered private equity firm. Since then, Mr. O’Neill has led the transition from S&P Global (formerly McGraw Hill Financial) to XIO Group ownership.

Established in 1968, J.D. Power is based in Costa Mesa, CA, and has offices serving North & South America, Asia Pacific and Europe.

Incoming Leader with an Eye on the Future

The incoming CEO could potentially be charged with leading a stock offering as soon as next year.

“If we look at where J.D. Power is going, this is a naturally-made IPO candidate,” Joseph Pacini, XIO Group’s CEO, recently told BloombergMarkets. “It’s a brand that is already well known – it is one of the most recognizable brands in the U.S. It’s considered an independent voice of consumer data and analytics that is utilized by the blue-chip names when they’re developing new products.”

For boards, the task of selecting a new CEO is fraught with more risk and uncertainty than ever. It is no longer a matter of simply choosing a successor based on past performance or current readiness, said Egon Zehnder; the decision is a complex study in forecasting the future, assessing possibilities and mitigating risk.

Egon Zehnder’s global CEO practice works closely with boards to identify, develop and appoint CEOs equipped to meet the challenges and define the opportunities organizations face, both today and down the road. Over the last five years, the firm has led more than 1,000 CEO placements making it one of the preeminent leaders in C-suite recruitment. The firm’s CEO practice is comprised of 100 senior consultants from across the globe, with cross-sector expertise that includes business and industry, government and the non-profit sectors.

It is unclear whether J.D. Power will promote someone from within or tap an external executive to serve as its next CEO, but Egon Zehnder has led searches from both ends of the spectrum.

In August, for instance, Axis Bank Ltd., India’s third largest private bank, reappointed Shikha Sharma as managing director and CEO for a period of three years starting June 2018. The bank had appointed Egon Zehnder as its consultant to identify the next CEO. But the bank clarified that this was to be a board-approved process and might not lead to a change in management. Egon Zehnder is no stranger to Axis Bank. The leadership provider, in fact, placed Ms. Sharma into the top role. That search included senior executive candidates from Indian and multinational firms in the finance sector.

The Hershey Company retained Egon Zehnder this past year to assist with its CEO succession plan. That search concluded with the appointment of the chocolate maker’s chief operating officer Michele Buck as its new leader. Since joining the company in 2005, Ms. Buck has spearheaded the development and execution of many successful growth initiatives and strategic shifts at the company, most notably Hershey’s substantial growth in its core confection portfolio as it moved from a supply-driven to demand-driven business model.

In one of the biggest search assignments in British business in recent years, Egon Zehnder (and rival Korn Ferry) engaged to support the CEO succession and recruitment process at GlaxoSmithKline by tapping company insider Emma Walmsley as its CEO. She became the first woman to lead the pharmaceutical giant and GSK became the first top-tier pharmaceutical company to be led by a woman. Ms. Walmsley was CEO of the company’s consumer healthcare division

While an internal CEO candidate may have an excellent record of achieving the business goals a company has pursued in the past, boards recognize that insiders might lack the skills needed to lead and see through the changes necessary for the future.

In an online poll, “Insiders vs. Outsiders: Which Candidate Type Fits Best and When?” Hunt Scanlon Media found that promoting from within remains a preferred way for organizations to address their leadership needs. But when executive recruiters are brought in to openly recruit for vacant positions, they are often given mandates to look wide and deep for candidates, which typically results in the search shifting to a hunt for outsiders.

Succession Planning an ‘Urgent’ Concern of Top HR Leaders
Seventy four percent of HR leaders have identified leadership succession and speed of development as the primary internal challenges they face, according to a just-released survey by talent solutions provider Lumesse and research company Loudhouse. The identification of tomorrow’s leaders is crucial to mitigate against the loss of critical talent in the future…

But Egon Zehnder has landed outside candidates for major clients in recent months as well. The firm recently recruited Brian Duperreault as the new CEO for American International Group (AIG). Analysts said it was important for the new CEO to have a firm grasp on AIG’s troubles in property and casualty insurance, which have weighed heavily on its results. Mr. Duperreault previously served as CEO of Hamilton Insurance Group, a Bermuda-based holding company

Earlier this year, Egon Zehnder placed former IDFC CEO Vikram Limaye as managing director and CEO of the National Stock Exchange of India (NSE). The placement came just two months after the sudden exit of Chitra Ramkrishna from the top post. The appointment of NSE’s chief was seen as critical as it came – like the J.D. Power chief executive search – ahead of an IPO.