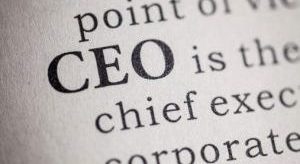 February 15, 2017 – Autodesk has tapped executive search and leadership solutions firm Egon Zehnder to find its next chief executive officer. Carl Bass is stepping down after serving for more than a decade as the 3D software company’s CEO.

Mr. Bass’ resignation occurs less than a year after the company made a deal with two of its activist investors to change things up. As part of the transition, Autodesk laid off 925 employees, approximately 10 percent of its workforce, last February.

Autodesk reported a loss of 18 cents per share for third quarter fiscal year 2017, which ended in January. The company’s revenue dropped to $489.6 million for the quarter, compared with $599.8 million last year.

Despite this, Autodesk’s stock price has risen nearly 95 percent in the past year because investors are optimistic that the company’s strategy to transition from software license sales to cloud subscriptions will pay off ultimately.

The company’s board said it will consider inside and outside candidates and has formed an interim office of the chief executive to oversee the company’s day-to-day operations. It will be headed by Amar Hanspal, senior vice president and chief product officer, and Andrew Anagnost, senior vice president and chief marketing officer as interim co-CEOs. Mr. Bass will remain on staff as a special advisor to the company in support of the transition to a new CEO. He will continue to sit on the Autodesk board of directors.

“We have seen exponential growth in the last decade, both in the business and in Autodesk’s market opportunity,” said Crawford W. Beveridge, non-executive chairman of the board. “I’ve worked with Carl through his tenure as CEO of Autodesk, and I’ve always valued his focus and vision, as well as his rare combination of business and technical expertise. We are grateful that he has agreed to remain on the board of directors and serve as a special advisor to support the CEO transition and cloud and subscription business model transition.”

“Since joining the board, I have been impressed with Carl’s vision and leadership. I am confident that through this transition we will identify a leader who can further propel the company’s progress and drive Autodesk’s growth and value creation well into the future,” said Autodesk board member Scott Ferguson.

Insider / Outsider Debate Rages On . . . But What About Age!

The rate of succession of older CEOs at large U.S. public companies slowed significantly over the past two years, bringing to a halt a generational shift in business leadership that had been observed since the financial crisis. Prior data have shown an acceleration of the succession rate of CEOs aged 64 or older following the Great Recession of 2008. In the 2009 to 2014 period, in particular, their average turnover rate was 25.5 percent, compared to 8.1 percent for younger CEOs. However, in 2015, older CEOs departed at a rate of 15.1 percent, which is much more aligned with the average number for the 2001 to 2008 period. “There are multiple possible explanations for this finding, including of course an improvement in company performance and the overall economy,” said Matteo Tonello, vice president and managing director at The Conference Board. But when you see older CEOs departing at a rate of 25 percent or higher for a number of years in a row, he concluded, a slowdown becomes natural and signals the completion of a generational change process ….. Here’s some further reading from Hunt Scanlon Media.

Generational Shift: Succession of Older CEOs Slows
Despite other favorable circumstances, such as longer tenure and declining succession rates, poorly performing CEOs recently have had a 33 percent higher probability of being replaced — a possible sign that the emphasis on pay-for-performance is starting to show results.

Autodesk is software company that makes software for the architecture, engineering, construction, manufacturing, media, and entertainment industries. Headquartered in San Rafael, CA, the company has offices worldwide, with U.S. locations in Northern California, Oregon, Colorado, Texas and in New England in New Hampshire and Massachusetts, and Canada locations in Ontario, Quebec, and Alberta.

Egon Zehnder, the search firm spearheading this assignment, specializes in the recruitment and leadership solutions business and has more than 400 consultants operating from 41 countries. The firm’s CEO succession practice includes a team of consultants who bring a global best practices rigor to fulfilling top level chief executive assignments. Its chief global rivals are Heidrick & Struggles, Korn Ferry, DHR International, Russell Reynolds Associates and Spencer Stuart, with a host of specialist firms and international consortiums competing with it for C-level and board directorship positions.