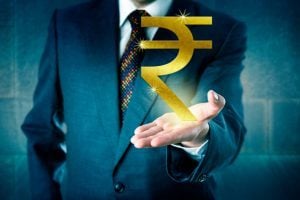 August 3, 2017 – Axis Bank Ltd., India’s third-largest private bank, has reappointed Shikha Sharma as managing director and chief executive officer for a period of three years starting June 2018. The bank had appointed Egon Zehnder as its consultant to identify the next CEO. But the bank clarified that this was to be a board-approved process and may not necessarily lead to a change in management.

The early re-appointment comes against the backdrop of speculation that Ms. Sharma might not stay on to lead the bank beyond her current term, which was to end next June.

“The bank’s clarification clarifies that the appointment of a search firm was in the interest of best governance, given that I would have done nine years at the bank on June 2018, and that does not preclude anything about whether I will do another term or not,” Ms. Sharma said at a recent press conference. “I’m deeply excited about the opportunity of what’s possible in the financial services space in the country.”

Ms. Sharma has been heading the Mumbai-based bank since 2009 and is in now in her third term. She joined Axis Bank from ICICI Prudential Life, where she was the managing director and chief executive. She had replaced the first chairman and chief executive of Axis Bank, P. J. Nayak.

The Mumbai-based bank had been battling a surge in soured debt that led to a slump in profit for five straight quarters through March, exchange filings show. In April, chief financial officer Jairam Sridharan expressed confidence that the worst of the bank’s bad-loan issues were over. Still, shares more than tripled in the eight years under Ms. Sharma.

Egon Zehnder is no stranger to Axis Bank. The leadership provider, in fact, placed Ms. Sharma into the top role. That search included senior executive candidates from Indian and multinational firms in the finance sector.

Axis Bank offers a comprehensive suite of financial products. It has 3,300 branches, over 13,000 ATMs and nine international offices. It employs over 50,000 people and has a market capitalization of $16 billion.

The firm has recently recruited a number of leaders for banks. In March, Egon Zehnder placed Christos Megalou as CEO of Piraeus Bank. Mr. Megalou more than satisfied the organization’s requirement of having at least 10 years of experience in a senior role abroad. He spent 15 years in investment banking at Credit Suisse Group AG prior to joining Eurobank in 2013.

The National Bank of Greece (NBG) not long ago selected the firm to lead its hunt for a new chairman. The new chair must have a good understanding of the regulatory, legal and economic environment in which the bank operates. That includes the ability to efficiently interact with various stakeholders (HFSF, for example, as well as other shareholders, the European Commission, regulators, other official or private sector institutions) and the media.

Financial services organizations are facing a new competitive landscape, regulatory challenges and a constant struggle to manage cost and efficiency. This requires strategic leaders with a multidimensional skill-set. Like all financial institutions, banks continue to turn to executive recruitment firms to find new leaders. Here’s a sampling of some important recent searches that are either underway or recently completed, from the Hunt Scanlon Media Archives: