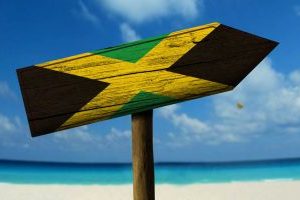 For the last six years, Mr. DaRosa was CEO of the Northwest Territories Power Corporation, which helped to become an industry leader in Canada. He also served on the board of directors of Aadrii Corporation, a district heating firm, for five years. Mr. DaRosa is experienced in high-level government relations and policy development, including working as the deputy minister in support of ministers and the premier of the Northwest Territories. His efforts to create alignment between government, the board of directors and senior management has led to effective energy policy, an energy plan, as well as the implementation of substantial customer programs. Mr. DaRosa’s leadership has also led to his nominations on several energy committees at the provincial and territorial level that are influential in helping to shape Canada’s utility industry.

Jamaica Public Service Company Limited is an integrated electric utility company and the sole distributor of electricity in Jamaica. The company is engaged in the generation, transmission and distribution of electricity. It also purchases power from five independent power producers.

Mr. Fisher’s work has included numerous sales & marketing, operations leadership and technical searches for an array of utilities, IPPs, equipment, services and raw material suppliers, covering all fuel types from coal to nuclear. He joined Jobplex, which serves the middle management market, in 2013. Currently, he serves as the Jobplex industrial practice lead in the Carolinas. Working with executives and boards, his assignments have included C-level and vice presidents, as well as directors, managers and technical positions in both the U.S. and foreign countries in the energy and industrial sector. His international experience, in addition to working with a broad array of business environments, has contributed to his deep understanding of both global and corporate cultures.

Mr. Fisher recently sat down with Hunt Scanlon Media to discuss the nuances of the search and why Mr. DaRosa made the best fit for this company.

Rich, what type of leader was Jamaica Public Service seeking?

That is the ultimate question, of course, and the answer is as complex as the business itself. JPS is the sole distributor and the major producer of electricity for the island of Jamaica. Six hundred and fifty thousand customers in a mountainous country periodically hit by hurricanes plus aging power plants are part of it. Like many Caribbean islands, they’ve had to rely upon expensive petroleum products for fuel, so the resulting high cost of power created a no-win environment for everyone. A remarkable transformation has actually begun. Under prior leadership, the relationships with government, the people of Jamaica and the press improved dramatically. The business owners invested considerable capital in the future of the business. LNG was brought to the island and a modern plant it will fuel is under construction. Another has already been retrofitted. Renewables were greatly expanded and grid enhancement is underway. All of these factors pointed toward an individual who would carry forward the strong external and internal leadership but also bring the technical wherewithal and experience to lead the continued modernization of the business. Working effectively in a multi-cultural environment was imperative. Inherent in all of this is also the ability to move to Kingston, Jamaica. While moving to the Caribbean may sound exciting, not everyone is in a position to uproot their family and do that.

“Emanuel fit all of our criteria really well. He was from an island country, the Azores, and had proven himself in both engineering and leadership with some of Canada’s largest utilities before becoming CEO of NWT Utilities in a remote part of Canada.”

What made Emanuel the best fit for this role?

Emanuel fit all of our criteria really well. He was from an island country, the Azores, and had proven himself in both engineering and leadership with some of Canada’s largest utilities before becoming CEO of NWT Utilities in a remote part of Canada. That remote and isolated power utility had remarkable similarities to the challenges he would face in Jamaica. His leadership at NWT was transformative.

About how long did the search take and how many candidates were presented?

This was truly a global search. DHR has offices and resources throughout the world and we are an unusually collaborative firm. There were quite a number of qualified and interested individuals that we recruited, both in the U.S. and abroad. Once Don Kilinski and I, along with our client, Marubeni, a Japanese corporation, narrowed the list, the interview process with the board became quite extensive and thorough. The JPS board is majority owned and controlled by two investors, Marubeni, and East West Power, a subsidiary of Korean Electric Power Company. I have worked for both separately in the past. As with any CEO search, but given the complexities involved, each understood the importance of getting this hire right. Both satisfied themselves that Emanuel DaRosa was the right individual. For Emanuel, that meant ultimately traveling to Miami, to Kingston and to Seoul. We kidded him back in the winter about having to travel to the airport in Yellow Knife by dogsled!

Can you share some other similar searches that you have been involved with?

I’ve done several just like this in the Caribbean for various other utilities besides JPS, such as Grand Bahama Power Company. I actually recruited the current CEO, Kelly Tomblin, to JPS about five years ago. Kelly has really made a difference for the Company as well as the people of Jamaica. The positive effect of what she started will be felt for many years and really paved the way for continued modernization of the business now. Kelly was honored by Platt’s Global in NYC in December where she won the 2016 Global Energy CEO of the Year award.