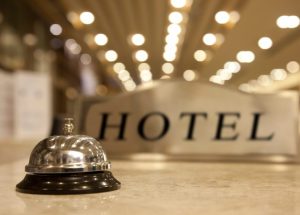 “Ken is a passionate leader with diverse global experience including brand building, strategic and financial planning, franchising, hospitality, real estate and financial services,” said John Kidd, CEO of Carlson Hotels. “These are all skills and experience that will be critical to our aggressive Americas growth and expansion goals.” Mr. Greene is currently a consultant in the Minneapolis headquarters, but is expected to begin his new role once officially approved by CRHG’s new board of directors.

Mr. Greene most recently served as founder and CEO and founder of Greenehouse Consulting for the past two years. Previously, he spent almost three years as president and CEO of Delta Hotels and Resorts. He also worked for Wyndham Worldwide. As president and managing director, Asia Pacific Region, Wyndham Hotel Group, Mr. Greene was responsible for establishing regional market position, growth of operations and communicating with stakeholders. Other positions he held with Wyndham Worldwide included group president and president, Days Inn Worldwide.

Mr. Greene will report to Mr. Kidd, who was named CEO of Carlson Hotels in May as part of a large restructuring plan. In that changeover, the Rezidor Hotel Group and Carlson Hotels, which operate as independent entities governed by each company’s respective boards of directors and key executives, created a global steering committee to provide overall strategic direction for both companies. The committee is made up of an equal number of representatives from Carlson Hotels and Rezidor.

Carlson Rezidor Hotel Group is among the world’s largest hotel companies and includes 1,440 locations in operation and under development with more than 230,000 rooms in 115 countries and territories.

AETHOS Consulting is a human capital advisory firm focused on the hospitality sector, specializing in executive search, compensation consulting, performance management, culture creation and organizational effectiveness. The firm is based in Boulder, CO with offices in New York, London, Melbourne, Philadelphia and Dallas.

In another search, AETHOS placed Mark Sergot as chief sales officer for Associated Luxury Hotels International. Mr. Hazelton also led that assignment. He has over a decade of executive search experience in a variety of industries, including hotel, restaurant, gaming, travel, real estate, finance and technology.

After taking a massive hit during the Great Recession, employment and hiring within the hotel and hospitality industry has begun to rebound. In the last year, according to one set of survey metrics, the industry added 527,000 jobs (2.6 million since 2004). That number is expected to increase in 2017, as global tourism and traveling in general are expected to rise.

As such, the travel and hospitality market is estimated to generate an annual economic impact of $6.5 trillion worldwide this year. In the U.S. alone, the $1.5 trillion industry accounts for nearly eight million jobs, more than five percent of total jobs across the country.

“My hope is that Donald Trump will be good for the economy and a voice for the hotel industry on Capitol Hill,” said Mr. Kefgen. “Travel is a key indicator of economic health and I believe Mr. Trump’s low tax, small government approach is good for business. Fixing healthcare will also be a plus for the travel industry, as the present system seems to be disliked by everyone.”

Immigration, though, will be a compelling issue for the industry, including food supply chain, said Mr. Kefgen, as the sector employs a great deal of first generation immigrants and undocumented workers. “Trade issues with China and Latin America will also have an impact on our industry from an investment perspective,” he said. “But travel could be adversely affected if relations get strained. I think our industry will be more of a bellwether for the President’s policy successes or failures than any other.”