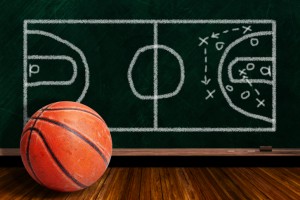 March 31, 2016 – Executive search firm Collegiate Sports Associates has recruited Kevin Stallings as head coach of the University of Pittsburgh men’s basketball program. He replaces Jamie Dixon, who left the Pitt Panthers to become head coach of his alma mater Texas Christian University, despite being under contract with Pitt until 2023.

Mr. Stallings has compiled a 455-283 record with nine NCAA Tournament appearances over a 23-year head coaching career. He began his career at Illinois State in 1993 before becoming head coach of the Vanderbilt program prior to the start of the 1999-2000 season. A two-time SEC Coach of the Year, Mr. Stallings spent the past 17 seasons at Vanderbilt compiling eight 20-plus win seasons on route to a 332-220 record overall.

“Coach Stallings and I share the same vision for Pitt — playing in the Final Four,” said Pitt athletic director Scott Barnes. “Kevin has a successful track record recruiting the ACC footprint and beyond, and is one of the best coaches in the country at building an offense around his talent. He plays a fun, up-tempo style that players love and fans will enjoy. Kevin runs his program with impeccable character and has a high care factor and connection with his student-athletes. He is a Power 5 conference coach whose experience and success will be immediate assets for our program.”

The University, however, has received criticism over its hiring of the new head coach, in part because the school did not retain past coach Dixon, who was the most successful coach in the school’s history.

Another wrinkle: Todd Turner, founder and president of Collegiate Sports Associates, the search firm handling the hiring, was himself the athletic director at Vanderbilt in 1999, the year Mr. Stallings was brought in as the school’s men’s head basketball coach. That personal connection has raised a red flag among Pitt fans and others who felt the hiring was based on nepotism and was, in the final analysis, a downgrade for the University’s basketball program.

These critics say that Mr. Stallings’ own job security at Vanderbilt should have been in question after the team finished the regular season 19-13, lost their first SEC Tournament game and got trounced by Wichita State in the NCAA Tournament. Typically, a coach with that sort of record is spending more time on defending his losses and is unlikely to draw interest from other schools for a top coaching spot.

The last time the University used an executive search firm to hire a top position within its athletic department was a year ago when it retained DHR International to hire its current athletic director.

Check Out These Related Articles On Recruiting University Coaches: