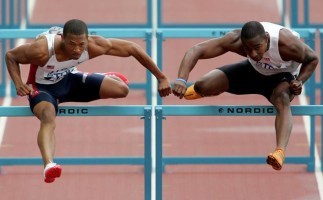 The Division 1A Athletic Directors’ Association, a not-for-profit membership organization comprised of the directors of athletics at the 126 NCAA Division 1A institutions, engages in advocacy, legislative services, business analysis and training for its member athletic directors and their schools. The Division 1A Athletic Directors’ Association has been in operation since 1986 when former Georgia Tech athletics director Homer Rice organized it.

Mr. McMillen, who was chosen after a nationwide search, will be a key component in the restructured 1A Association, which will move its headquarters from Dallas to Washington, D.C. He is expected to help member athletics directors better navigate the rapidly changing landscape of collegiate athletics as the association expands its mission by providing increased resources in the areas of advocacy, legislative services, business analytics, and professional training.

“I cannot imagine a more qualified person to lead us in these challenging times than someone who has known the highest levels of success as a student and an athlete, served his country in Congress, has experience as a regent at his alma mater, and has run successful businesses,” said Jack Swarbrick, vice president and director of athletics at the University of Notre Dame and chair of the 1A Association.

“Tom’s extensive background and expertise will enable him to become an effective voice for the association’s members in the national dialogue about college athletics and an effective strategist for implementing the priorities identified by them,” he added.

DHR’s sports practice is a global specialty with capabilities that serve clients in six continents across all sports-related organizations ranging from Fortune 500 companies to private universities.

Mr. McMillen currently is chairman and CEO of the investment firm Washington Capital Advisors. He serves as a director of RCS Capital, a full-service investment firm, and of Nexstar Broadcasting Group, a media and broadcast company.

He is the former chairman and current treasurer of the National Foundation on Fitness, Sports and Nutrition. He is a graduate of the University of Maryland, was a Rhodes Scholar at Oxford, played on the U.S. Olympic basketball team in 1972, and was a professional basketball player for 11 years in the NBA. He is the author of Out of Bounds, a critical look at the influence of sports on ethics.

“Search firms partnering with professional sports teams, universities and other sports-related entities is one of the hot sectors in the senior level recruitment business,” said Scott A. Scanlon, CEO of Greenwich, Conn-based Hunt Scanlon Media, which has tracked the search industry for more than 25 years.