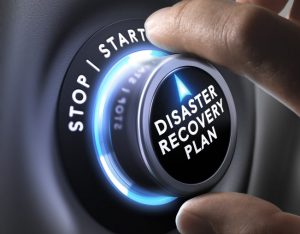 May 10, 2016 – Executive search firm Spencer Stuart has been retained by Cardiovascular Systems Inc. to lead its search for a CEO. Recent CEO and med-tech industry veteran, David Martin, died nine days ago due to stomach cancer. He was 51. As chief executive, Mr. Martin led a major expansion at the company into the coronary artery disease market. Cardiovascular Systems makes diamond-encrusted medical devices that unclog arteries. Its market cap is $481 million.

“Dave guided our company on an extraordinary journey developing orbital atherectomy from an early stage innovation to a market leading product that has stabilized and improved the quality of life for thousands of patients living with peripheral and coronary artery disease,” said interim chief Scott Ward, who took over unexpectedly in February so that Mr. Martin could concentrate on his cancer treatment.

Spencer Stuart, a global executive search and consulting firm based in Chicago, specializes in CEO succession planning which has become big business for top recruiting concerns looking to pitch in and stabilize the upper management ranks of companies like Cardiovascular Systems. As chief executives’ stature has grown in power and influence over the past two to three decades, so, too, have concrete plans to replace them at a moment’s notice.

Yet many reports point to companies failing at even the basic levels to develop high potential leadership talent, especially those in successor CEO roles. A recent survey released by Penna found that a mere 13 percent of employees described their organization as doing a lot to recognize their potential, with the result being that valuable talent has either gone to waste or left the business (estimated at around 23 percent in the past 12 months).

Executive Search: Trends In Talent Acquisition
“There is an old paradox in need of an update. It varies based on who you talk to but goes something like this: leadership remains in short supply…the ‘War for Talent’ is either over or just getting started.” — Dale E. Jones, President and CEO of Diversified Search

Yet, 74 percent of HR leaders have identified leadership succession and speed of development as the primary internal challenges they face, according to a survey by talent solutions provider Lumesse and research company Loudhouse. The identification of leaders is crucial to mitigate against the loss of critical talent in the future, something that 73 percent of respondents said is the biggest threat to their business over the next 12 months.

But it is at the very top of companies where succession planning can, and often does, go lacking.

“My advice for every company is to be prepared,” said Russell S. Reynolds Jr., founding chairman of RSR Partners, a leading board and executive search firm based in Greenwich, Conn. Mr. Reynolds said that beyond fiduciary and human resource reasons, it is simply good business sense to “know who your successor is at all times.” Proper corporate governance, he added, warrants that boards and sitting chief executives be “very close on the issue” and have a confidential succession game plan in place at all times.

“One has to assume that things can go wrong, and they often do,” he said. “Any good CEO or board chairman worries about this and has a plan.” A good search firm, he added, can of course be a huge help.

At times, companies seem well-prepared, while other times they’re not. This unevenness in succession planning is leading some companies to over prepare.

When Micron Technology CEO Steve Appleton died in a plane accident in 2012, the board of directors appointed COO and president Mark Duncan to his post three days later. Mr. Duncan had initially planned to retire later that year, but he teamed with president Mark Adams to guide Mircron following Appleton’s unexpected death.

A succession plan at American Express called for president Ed Gilligan to replace longtime CEO Ken Chenault. However, Mr. Gilligan died on a business trip last year. Mr. Chenault, 64, remains in the post he has held since 2001.

McDonald’s Corp.’s succession plan now calls for a candidate to be prepared to step in, plus a future candidate to be ready at the waiting after experiencing two sudden consecutive CEO deaths. When CEO Jim Cantalupo died of a heart attack in 2004, the board of directors appointed Charlie Bell hours later. “He is ideally suited and prepared to continue Jim’s remarkable focus and discipline on our business,” the company said in a statement at the time. But Mr. Bell was diagnosed with cancer shortly into his tenure, stepped down six months later, and died the following year. The board of directors appointed Jim Skinner shortly after Mr. Bell’s death. But that episode left the company feeling as if it needed to double down and plan more judiciously for its future.

Since the 1950s, about half the time a CEO dies unexpectedly, investors react favorably and increase the company’s stock, according to researchers from the University of Notre Dame and the University of Georgia, whose paper was just published in the Strategic Management Journal and appeared in a report by Quartz.

Stock in candy company Tootsie Roll Industries rose nearly 13 percent in the week following the sudden death of its CEO Melvin Gordon last year. It looks like investors might be trying to make fast money here, but for corporate boards, discussions with headhunters show that developing a clear succession plan is not just increasingly important, it is a business imperative that well-run companies can’t live without.

“Boards should always be in a state of readiness and preparedness for the unexpected. ‎The one thing that is constant in our world is change,” said Dale E. Jones, CEO of Diversified Search, an executive search firm based in Philadelphia. In addition to leading Diversified Search, Mr. Jones also serves as a director on the boards of Kohl’s and Northwestern Mutual. He understands the importance of developing a succession plan from both sides. “The best boards should always have a plan for times of challenge and crisis,” he added. “It’s our job as directors to manage CEO succession and risk.”

Even so, CEO succession planning, according to Mr. Jones and other experts in the field, is lagging.

‘The CEO Succession Planning Survey,’ conducted by consulting firm AlixPartners and executive search firm Vardis, reached this finding. Their report found that more than half of companies do not have a strong candidate prepared in the high risk, and not uncommon event, of a sudden CEO transition. Of all respondents, 31 percent said they had no CEO successors identified, while 20 percent said just one successor identified.

Check Out These Related Articles On Succession Planning and Leadership Development:

As CEO Turnover Rises, Outsiders Are Given a Closer Look Who Manages From the Top Can Sometimes Be Open for Debate Leadership Assessment Coming Soon to An iPhone Near You Pay for Performance: Not Everyone Agrees On CEO Value Leadership Deficiency: Why Business Executives Are Falling Short