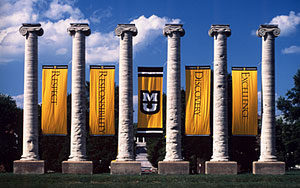 August 17, 2016 – Executive search firm Collegiate Sports Associates (CSA) has recruited Jim Sterk as athletic director for University of Missouri. According to sources, Missouri paid the recruiting firm $75,500 plus expenses to handle the assignment. Todd Turner, CSA president and founder, and a former AD himself, led the search.

Missouri had previously used Korn Ferry in the search that produced Mack Rhoades, Mr. Sterk’s predecessor. Korn Ferry charged the university $206,000 for the search, which included a $75,000 retainer. That contract said that Korn Ferry would perform a new search at no additional fee if Mr. Rhoades left within a year. He left for Baylor after 14 and a half months with the school.

Mr. Sterk, who joined San Diego State University in 2010, has overseen the most successful five seasons in SDSU’s athletic history with 32 team conference championships for the Aztecs since the beginning of the 2011-2012 academic year and the fourth highest combined winning percentage in the country in football and men’s basketball.

“Jim’s leadership in intercollegiate athletics is unparalleled, and we are thrilled he is going to bring his talents, energy and passion for working with student-athletes to Columbia,” said Missouri interim chancellor Hank Foley. “He is just what Mizzou needs at this time.”

Mr. Foley said Mr. Sterk was chosen from a “varied and impressive” field of candidates with input from an advisory committee composed of faculty, staff, students and athletic supporters.

“Mizzou athletics—and all of Mizzou Nation—will benefit from having someone of Jim’s caliber on board,” Mr. Foley said. “He has a superb winning record, is committed to the importance of diversity and inclusion efforts and will help restore pride and confidence in an athletics program that is working to overcome a challenging year.”

As the largest university in Missouri, MU enrolls 35,000 students and offers over 300 degree programs in 19 academic colleges. It is the flagship campus of the University of Missouri System, which also maintains campuses in Rolla, Kansas City, and St. Louis.

CSA was the search firm Missouri used in the hiring of men’s basketball coach Kim Anderson in 2014. CSA charged $42,500, plus expenses, for that search.

Mizzou is one of an expanding number of schools turning to executive search firms to find new athletics directors. Here’s a sampling of recent assignments from the Hunt Scanlon Media archives: