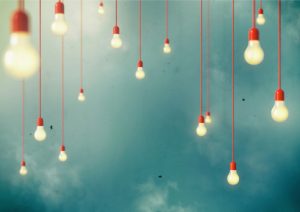 April 24, 2017 – Executive search firm Coleman Lew + Associates has been retained by the McColl Center for Art + Innovation to lead its search for a new president and chief executive officer. Reporting to the board of directors, the incoming CEO will have full responsibility for all facets of the organization and its mission, including fundraising, operations, and board and stakeholder engagement.

The chosen leader will likely exhibit the track record of a highly-organized change agent who is adept at leading human resources, budgeting, financial planning, and operations within an organization. The incoming chief will have the ability to build partnerships in new markets, establish relationships with funders, political and community leaders in several areas of expansion as well as internally with staff, committees, volunteers, and the board.

McColl Center for Art + Innovation, established in 1997 and opened to the public since 1999, is dedicated to promoting art locally and supporting artists regionally, nationally, and internationally. Its mission is to empower artists, advance communities, and impact lives through the creative process by providing a place for research and development as professionals.

From offices in Charlotte, NC, Coleman Lew + Associates recruits senior executives and board members globally. Since its founding in 1979, the firm has led searches for a wide range of public, private, and international companies, academic institutions, non-profit organizations, and government agencies.

Currently, it is leading searches for a variety of clients, including Lenoir-Rhyne University; the Hamilton County Department of Education; the Urban League of Central Carolinas; and the North Carolina Constitution, among others.

Art organizations have been turning to executive search firms in recent months to find new leaders. It’s not exactly new territory for headhunters, but it’s become quite active ….. Here’s a look at a sampling from Hunt Scanlon Media.

Howe-Lewis Tapped to Lead Two Chief Advancement Officer Searches
Executive search firm Howe-Lewis International has been chosen by Friends of the High Line and the Sundance Institute to lead their searches for chief advancement officers (CAO). Howe-Lewis serves the not-for-profit and healthcare sectors.

At the end of last year, Coleman Lew named Shana Plott as its new chief executive officer. She became the first female CEO in the firm’s 37-year history. Ms. Plott has been a managing director at Coleman Lew for the past five years. Prior to joining the firm, she worked in the Carolinas office of Heidrick & Struggles, serving as an associate director where she completed searches for CEOs, CFOs, and other senior level executive across a number of industry sectors.

“Shana is the best search professional I’ve seen in my life,” said founder Chuck Lew, who has been in the industry since 1979. “She’s sharp, puts people at ease, asks good questions, follows through on everything and is the consummate connector. Not only does she excel at search, but she’s an exceptional manager and an even better leader. I’m honored to pass the reins to her.”